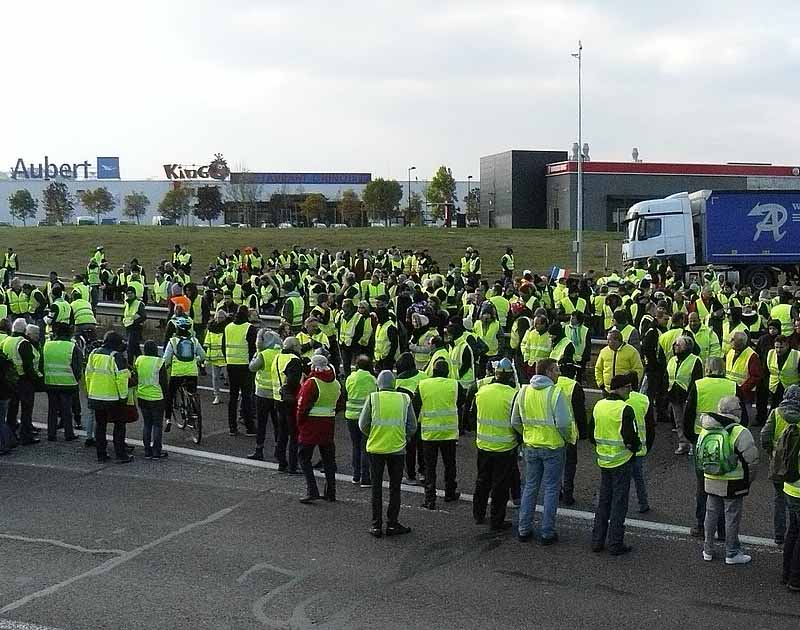 Think about the immigration crisis and those filtering in from the Middle East. With France in crisis - how are they supposed to take care of the people who seek asylum and a better life?

President Macron returned from the G20 Summit to a country in turmoil after a third weekend of nationwide protests by the Yellow Vests Movement - is a protest movement which began demonstrations in France on Saturday, November 17, 2018 and subsequently spread to nearby countries e.g. Italy, Belgium and the Netherlands.

Galvanized by rising fuel prices, the high cost of living, and claims that a disproportionate burden of the government's tax reforms were falling on the working and middle classes especially those in rural and peri-urban areas, protesters called for the end of such changes and the resignation of the President of France, Emmanuel Macron.

The movement has been most visible in French cities, but has had a wider echo because rural areas have been unusually mobilized.

The "yellow vest" was chosen as a symbol because all motorists had been required by law - since 2008 - to have high-visibility vests in their vehicles when driving. As a result, reflective vests have become widely available, inexpensive, and symbolic.

Posted by Ellie Crystal at 8:12 AM