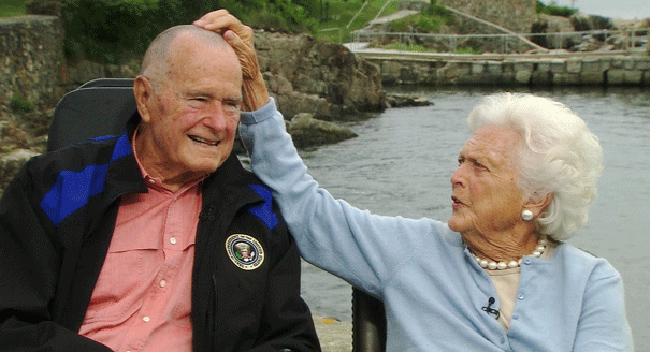 41st US President George H.W. Bush passed away Friday at age 94. In April of this year his wife Barbara Bush passed and we all knew it was a matter of time as his health declined. Their souls will journey on together as once they did in this reality. Many of us remember his years in office and extensive political and family legacy.

Like other US presidents George H. W. Bush had skeletons in his closet that take us to the history of specific families destined to rise to power - the Kennedys, Clintons, Bushes, and now Trumps.

At Yale George H. W. Bush was a member of the secret society Skull and Bones known for its powerful alumni and various conspiracy theories. His nickname was "Magog". His secrets die with him at least as far as the public is concerned.

Posted by Ellie Crystal at 9:26 AM