Till Death Do Us Part

Life is but a fleeting moment that we play out in the illusion of time.


Till Death Do Us Part- Sheila and Marty 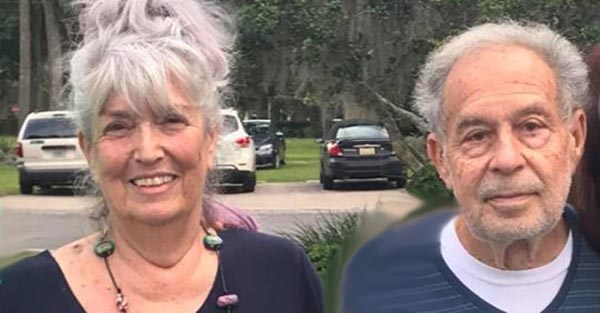 Last year I reunited with several high school classmates all living in Florida. Many years had past, our lives taking different directions. Let's get to Sheila and Marty, a loving couple who had long ago relocated north of Tampa where they raised their triplets. Our philosophies on life are very different, Sheila, currently sporting purple hair, tattoos, advocating the legalization of marijuana in Florida, and becoming part of "healing your wounded issues" aspect of life.

Last Friday, Marilyn, a mutual friend, called and asked if I had heard what happened to Sheila and Marty. No I hadn't. Apparently they were driving down the highway and got stuck in a car chase between the police and a perpetrator who made a wrong turn and hit their car head on. Sheila is recovering in the hospital with spinal injuries but Marty was in weakened condition after having had recent heart surgery. Marilyn asked if I saw Marty surviving. I didn't. Last night, before shutting my computer, I checked Sheila's Facebook as I saw Marty on the other side. Just minutes before she had posted about the passing of her beloved husband. She wrote ...

How do I begin? Is it to tell you how much everyone has meant to me during this ordeal? The comments, the caring, the love that was felt through the entire process. Every single one of you who reached out in any way brought me comfort knowing how much you all care.

Love hurts and heals at the same time. My family, my friends, and strangers who left messages will never be forgotten. Nothing will be erased from the memories that took place these horrendous days from beginning to end.

I couldn't write. I couldn't bear it. I felt I lost him at the moment of impact. I saw him leave. Life support is just that. Holding on to a life that would not exist without outside intervention. We had tiny little glimmers of hope. We grasp at straws but deep down, in these circumstances, we knew. This was not a temporary event. This was devastation to a body not fully recovered from his heart surgery. It would have been instant death for both of us if not for the seat belts and airbags. They saved my life. His was too compromised by the fragility he had already endured.

He is my heart. He will stay a part of of me, our family and friends forever. Seeing the suffering of my family is torture. Knowing the love he gave and received is the comfort we hold onto. Loving and losing someone is a pain that sears our souls. We've been blessed. We were together sixty years.

I know the emptiness in our lives right now but we have the knowledge of knowing that love is what kept us together and nothing will change that. Nothing.

He was a very special man. Those who knew him know that. That is all the tribute needed for a life well lived. He left his mark in our daughters and our grandchildren. He had courage, humor, kindness, bravery, and a natural goodness that not many have. Good night my love. Rest In Peace. No more useless attempts bringing pain and suffering. He is free, finally.


Till Death Do Us Part - Frank and Joan 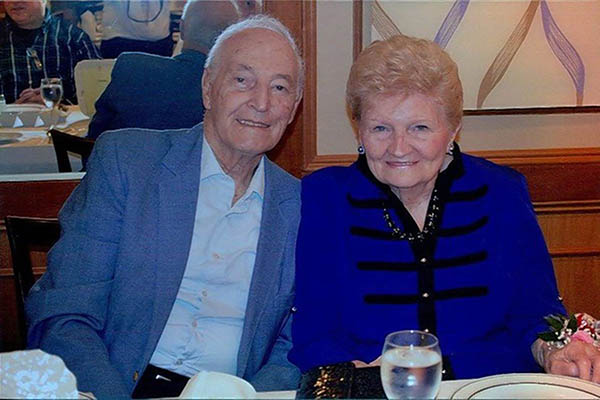 In the year 2000, I read a woman from Brooklyn named Linda. Yesterday she called to set up another appointment reminding me that our last session was just before I went to Egypt when a rainbow formed over my apartment as we talked about my trip.

Today Linda returns to talk about the fate of her 90 year old parents, Frank and Joan, killed two months ago in a bizarre car accident. Frank was retired from the army and a former NYPD police lieutenant. You can read the story here.

Update after our session: Linda has dreamed about her parents as she and her family make choices about their future. In 2019 she retires from the Board of Education and has chosen a more spiritual path for her future. Like many other people, the death of loved ones has elevated her psychic abilities.