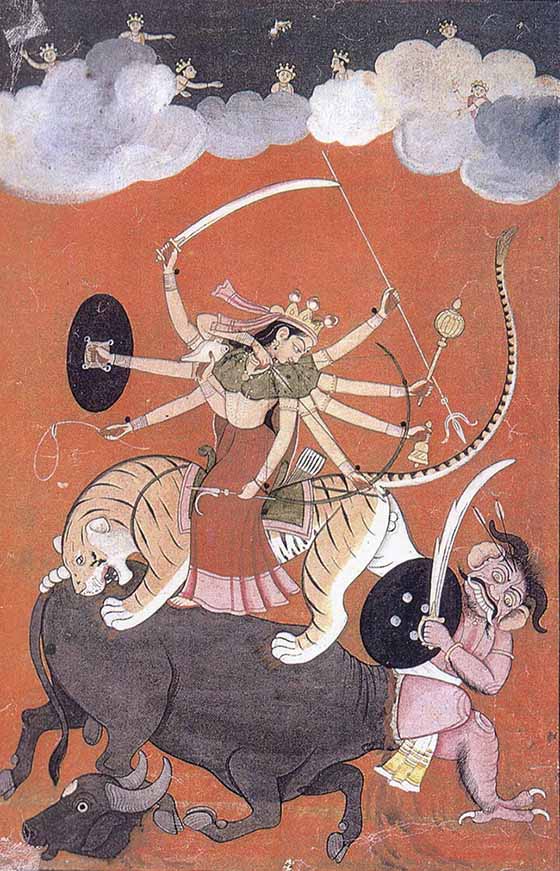 Durga Puja is an annual Hindu festival that celebrates the worship of Hindu goddess Durga, a form of Devi, the supremely radiant goddess, depicted as having ten arms, riding a lion or a tiger, carrying weapons (including a lotus flower), maintaining a meditative smile, and practicing mudras, or symbolic hand gestures.

The festival marks the battle of Durga with the shape-shifting, deceptive and powerful buffalo demon Mahishasura, and her emerging victorious. Thus, the festival epitomizes the victory of good over evil, but it also is in part a harvest festival that marks the goddess as the motherly power behind all of life and creation.