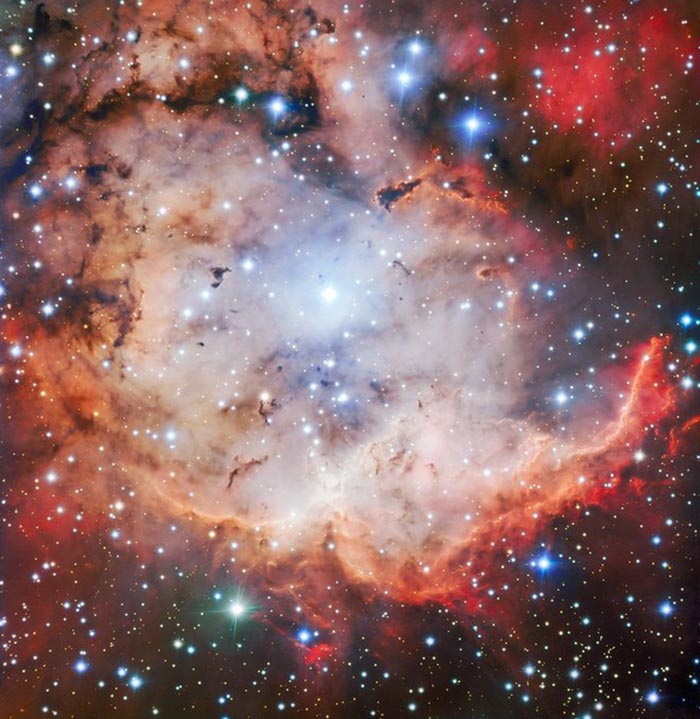 The Skull and Crossbones Nebula

To get in the spirit for halloween, the European Southern Observatory has released a new image of the Skull and Crossbones nebula, also known as NGC 2467. Astronomers captured this view using an instrument on the Very Large Telescope array known as the Focal Reducer and low dispersion Spectrograph. - Hanneke Weitering 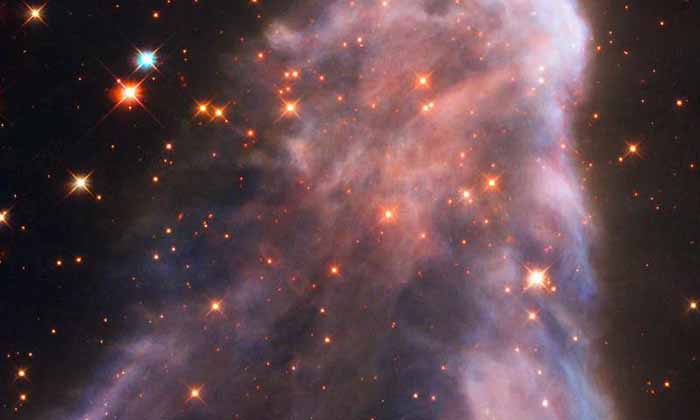 The Ghost of Cassiopeia

About 550 light-years away in the constellation of Cassiopeia lies IC 63, a stunning and slightly eerie nebula. Also known as the ghost of Cassiopeia, IC 63 is being shaped by radiation from a nearby unpredictably variable star, Gamma Cassiopeiae, which is slowly eroding away the ghostly cloud of dust and gas. This celestial ghost makes the perfect backdrop for the upcoming feast of All Hallow's Eve - better known as Halloween.