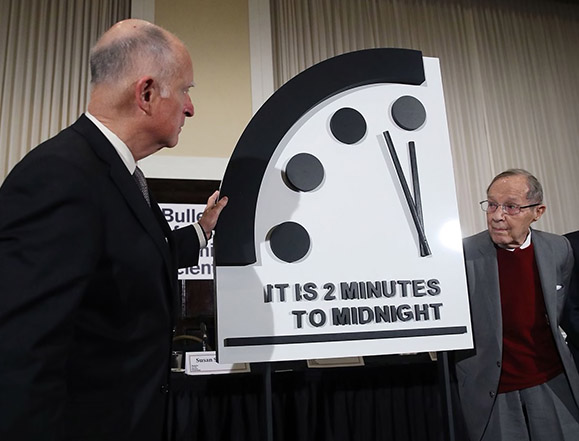 
We've watched the Doomsday Clock approach the midnight hour through the years ... each year creeping closer.

This year the clock remained at 11:58 though things have become far worse than one year ago. I would have moved it to 11:59.

I don't actually believe in a Doomsday as portrayed in science fiction. It's just about us living in a simulation that ends though it will involve lots of theatre.