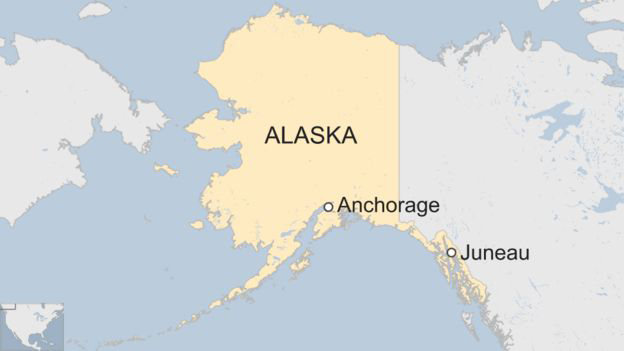 
I spend the morning cleaning up my files on Earth Changes because I felt something big on the horizon. And then this happened at a time the nights in Alaska grow longer as the cold darkness of winter sets in. With aftershocks and power outages I hope people are prepared.


The earthquake's epicenter was near Joint Base Elmendorf-Richardson, about 10 miles (16 km) north of the city, and occurred at a depth of 25 miles (40 km). It was followed six minutes later by a magnitude 5.7 aftershock centered 2.5 miles (4.0 km) north-northwest of the city. The earthquake could be felt as far away as Fairbanks. The National Tsunami Warning Center - itself located inside the quake zone, in Palmer, Alaska, 42 miles (68 km) northeast of Anchorage - issued tsunami warnings for nearby coastal areas, including Cook Inlet and the Kenai Peninsula, but they were lifted shortly after.

Southern Alaska lies at the eastern end of the Aleutian Trench, where the Pacific Plate is subducting beneath the North American Plate. Near Anchorage, the plates are converging at a rate of 57 mm per year. The region, has experienced severe earthquakes in the past, including several megathrust earthquakes.

The 1964 earthquake, with a magnitude of 9.2, was the largest earthquake in American history and the second largest to ever be recorded anywhere in the world. Though earthquakes are common in Alaska, they often occur out at sea.