Have archaeologists found Buddha's remains? Cremated bones discovered
in a 1,000-year-old chest in China may belong to the 'enlightened one' 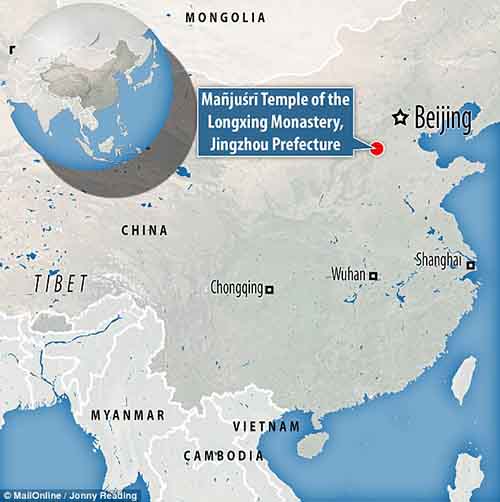 Gautama Buddha (c. 563 BCE/480 BCE - c. 483 BCE/400 BCE) is the primary figure in Buddhism. He is recognized by Buddhists as an enlightened teacher who attained full Buddhahood, and shared his insights to help sentient beings end rebirth and suffering. Accounts of his life, discourses, and monastic rules are believed by Buddhists to have been summarized after his death and memorized by his followers. Various collections of teachings attributed to him were passed down by oral tradition and first committed to writing about 400 years later. Buddha - In the News, Text, Pics