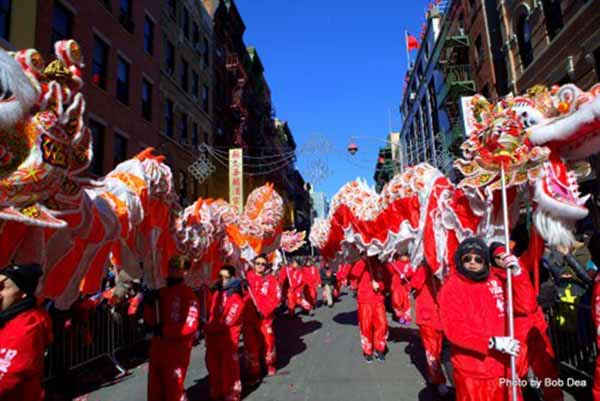 Once in a while, I go to Chinatown at this time of the year to see all the festivities and celebrate my birthday. This year has been all about avoiding crowds due to flu season and bad weather. Maybe next year. For those celebrating the Chinese New Year ... enjoy. ... 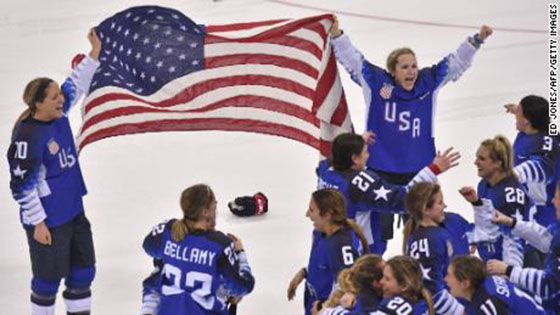 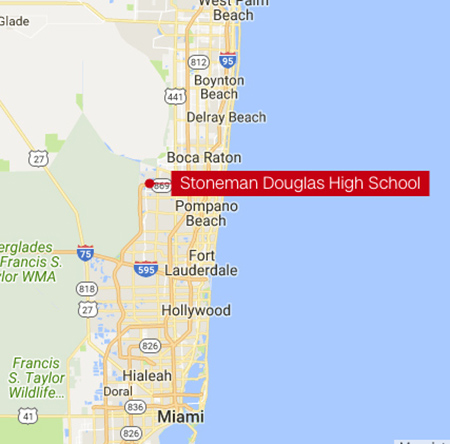 In the energies of a New Moon Solar Eclipse 27° Aquarius 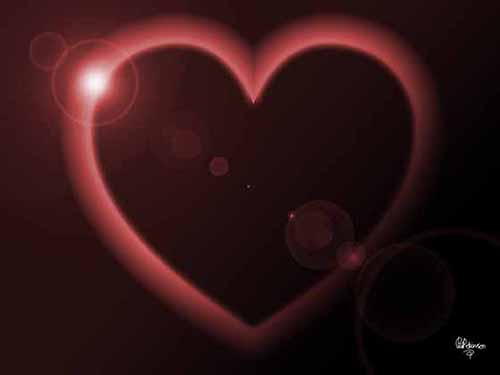 What should have been a fun Valentine's Day in High School turned into a Valentine's Day massacre. Wednesday evening I spoke with my friend Marilyn who lives within walking distance of Douglas High School attended by two of her grandchildren. Her grandson Jeremy, a freshman, ran and hid in the bushes when the shooting started as many of the 3,000+ students fled and chaos ruled. Over the loud speaker they heard the words no student wants to hear: Code Red. Jeremy called Marilyn and kept her on the phone as he hid waiting with other students. Prior to escaping, a boy in Jeremy's class had been killed and he would have been next had events turned out differently. Jeremy's sister Jessica, a Junior, escaped, both children safe but badly shaken, yet not as shaken as the parents according to Marilyn. We spoke again on Thursday as she described how families of the students held vigils and shared stories while continuing to watch events unfold.

News coverage of events like the Douglas High School Shooting have become all too familiar, predictable at this point. Aerial photos of students leaving the scene as police enter the building, crying parents anxiously waiting nearby thankful for cell phones, and emergency vehicles trying to help the wounded, are part of the pattern. The suspect is captured - his classmates and social media once again reflecting patterns of mental illness and access to weapons. In the aftermath we again hear stories by students, teachers, parents, and others who feel that gun control and regulations would make a significant difference ... not really.

Once again I am blogging something that you and I already know. As the simulation of our reality is imploding so too are the behavior patterns of those within. In our algorithm, patterns repeat, as we have been witnessing, meaning that terrorism and violence will continue by those programmed to enact them. The perpetrator in this case is your typical isolated youth with emotional, and based on the fact that he was left back twice, intellectual challenges who feels isolated, considers joining the military or perhaps a radical Islamic group - anything but living his day-to-day life which shows him no future.

Many in that age group hate school and have no direction. They look at the generations before them, current global situations, the patterns of our President and the dysfunctionality of government, and wonder what kind of future is ahead. Will there be martial law in the near future when having a gun to protect themselves is important? Have they been abused emotionally and physically to the point where keeping a weapon is also for their own protection? Do playing video games and following terrorist activities influence their decisions?

The suspect, 19-year-old former student Nikolas Cruz, was adopted at birth by Lynda Cruz and her husband, the latter of whom died during his childhood of a heart attack. His adopted mother died on November 1, 2017 from influenza and pneumonia. He had been living with relatives and friends since her death. He had also previously been receiving mental health treatment, however he stopped going and never returned had been expelled from the school for violent behavior bringing weapons to school and showing them off. When he came back to the school, the classrooms were locked so he pulled the fire alarm and started shooting as the students and teachers ran out.

I am told Nikolas has a younger biological brother who is still a student at the school. The biological parents should be found as the answers lie in his DNA. Further, authorities had been notified about him and nothing was done. Yes he was ignored over and over which should tell you that what he did sadly was destined.

Mental illness generally peaks between the ages of 19 and 20 which is when psychosis and other serious illnesses that have been brewing through the teen years take over. How does one quiet the mind and try to function in today's world? Some turn to medical professionals, or holistic practitioners, while others to drugs (buying and selling them). This is no different than when we were growing up, only in those years everything was hidden. The results are adults who abuse women, children, coworkers, and others around them - thus following the pattern of our reality - abuse and healing. Those who are abused in childhood almost always abuse as adults. In today's world the abuses they portray in our little simulation are coming to the fore as sexual predators, domestic abusers, and worse. If you were programmed for violence it will follow you. Even if you move to a remote secluded area, away from the world, something will follow you, especially as the simulation ends and emotions rule. How does one heal from this, if ever? 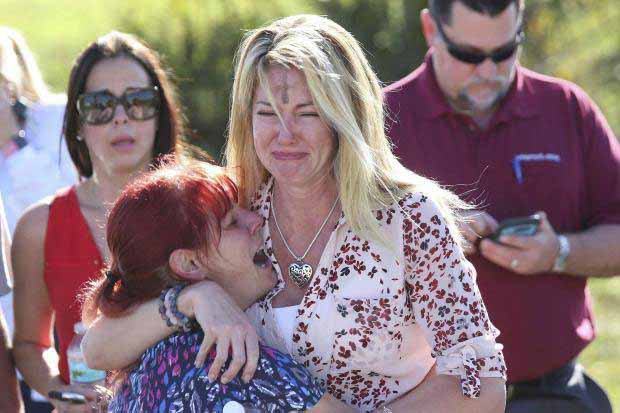 Doug, 72, looks like my father and the Crystals. I look like my mother. His mother and my father were siblings. My father was the 5th of 10 children born to the Crystals - the first born in the US. His Mom was the last child. Doug is a retired engineer who plays the violin in a symphony orchestra along with other academic pursuits. I knew about him and his twin sisters, Mindy and Nancy, as I grew up but we united through 23andMe a few years ago. 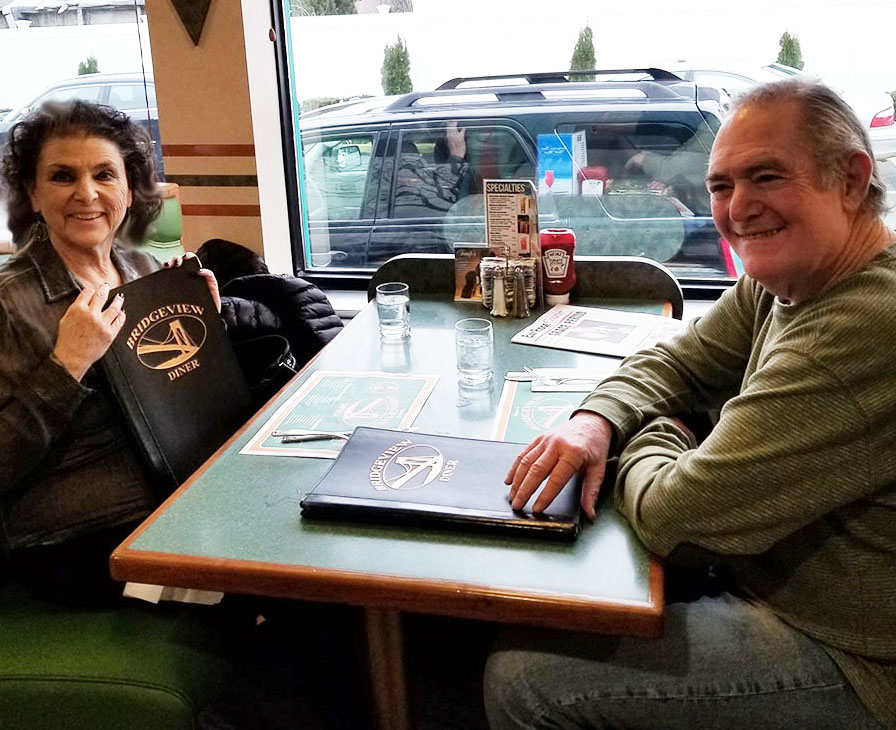 Let them eat cake ... or lemon meringue pie as the case may be. 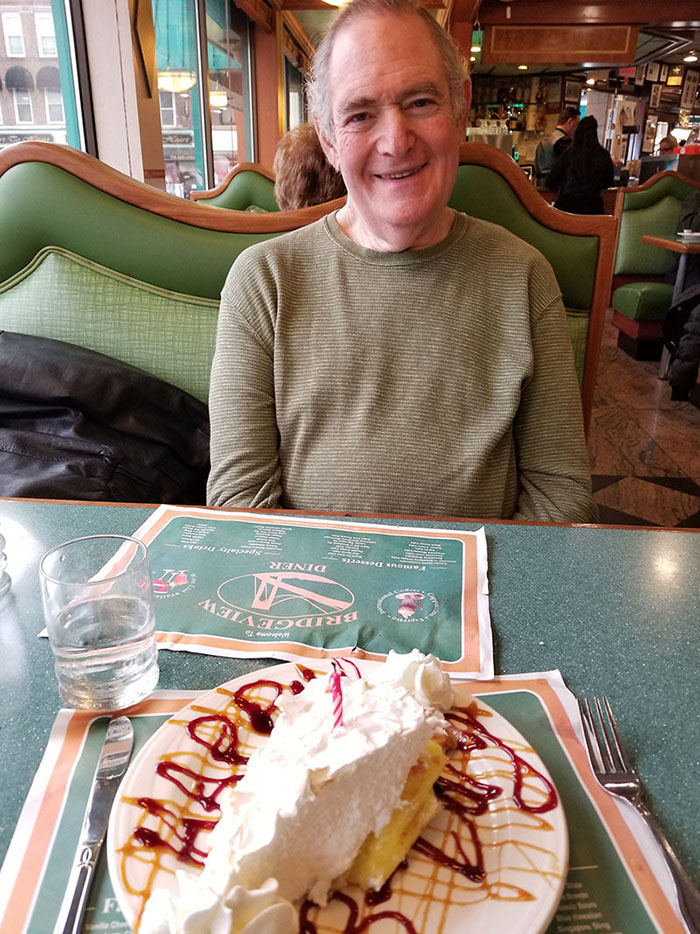 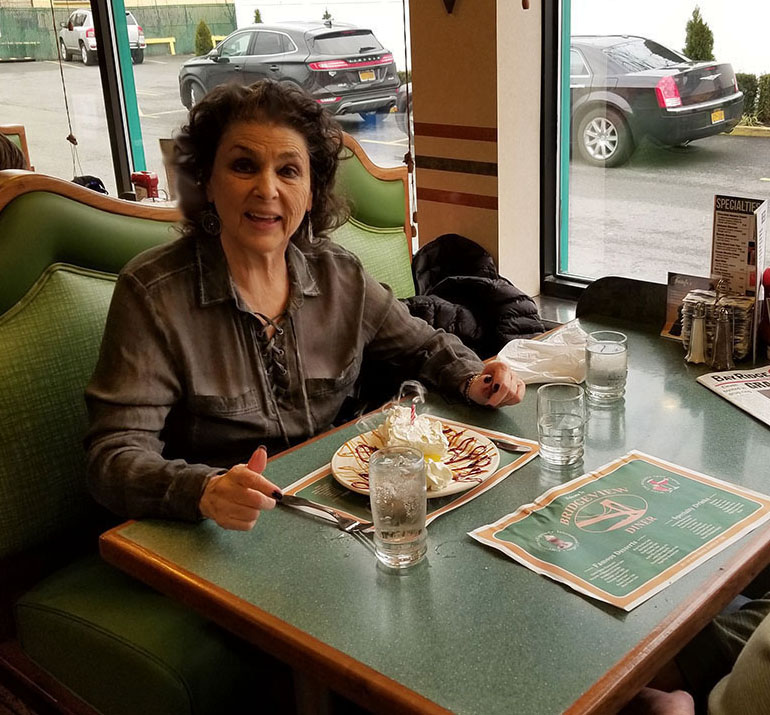 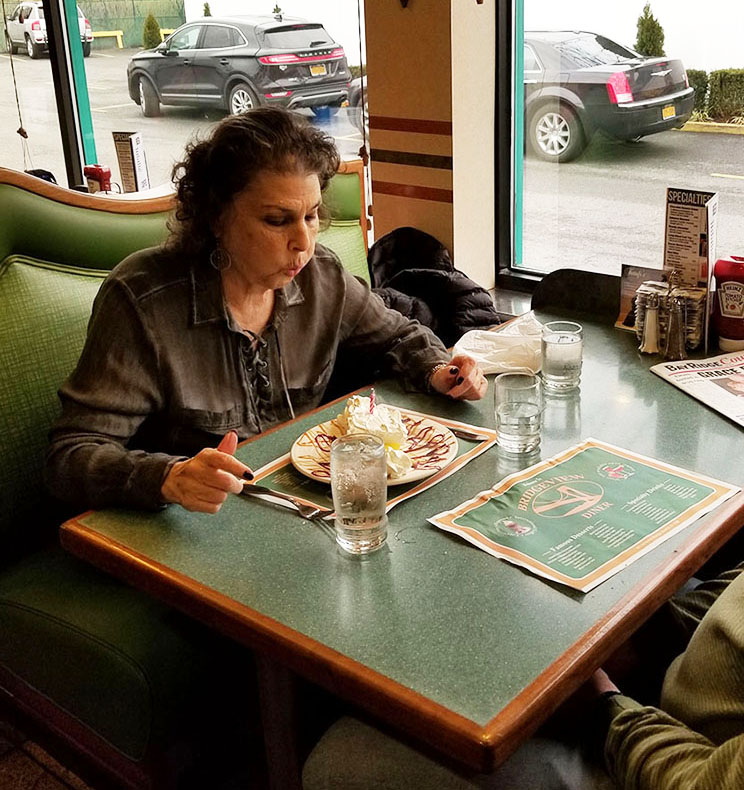 Posted by Ellie Crystal at 9:42 AM