A Day That Will Resonate in History 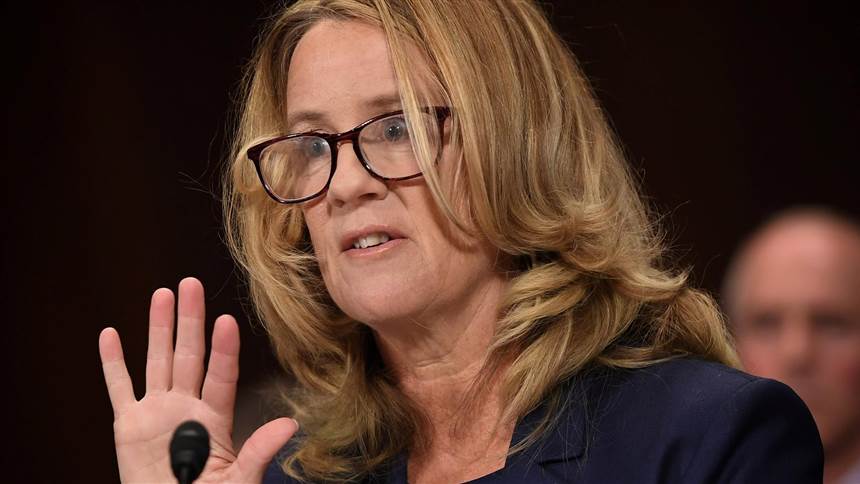 This morning I watched Christine Blasey Ford testify then took a lunch break along with everyone else. I found her testimony riveting in so far as it is a game changer in American culture on many levels. I believed her before and more so after she testified. You can read all about it on any news service, watch events on TV and the Internet, then draw your own conclusions.

My take-away ... It would appear the Republican Establishment is crumbling at last. Trump was supposed to drain the swamp, but it appears it will swallow him up.

Brett Kavanagh never took a lie detector test. His friend Mark Judge never came forward to exonerate Kavanagh. An investigation would have resolved all of the issues, but then again the Republicans are in a hurry to get their man confirmed before the midterm elections.

Right now Kavanagh is testifying with tears in his eyes and an anger demeanor directed by Trump - so much political theater. If you watch his wife, seated next to him, you realize she knows the truth. I keep hearing, "Liar Liar Pants On Fire".

Kavanagh would not agree to an FBI investigation to all charges. The Powers That Be are moving against him. Change in all aspects of life American life will finally get a make-over as the clock ticks down. Everything seems to be happening based on some sort of greater plan.


Yesterday I watched Trump's 80 minute press conference as he made a last ditch effort to defend Brett Kavanagh. The outcome goes beyond the charges woman are making against Kavanagh, but more to the issues of women's rights - highlighted with Roe v. Wade. It also goes to the fate of the Republican Party as we know it today when old white men - lead by Donald Trump - decide the future for Americans. Yes I know ... we elected them - but time for change - away from self interest to human rights. Trump's press conference further confirmed his inability to tell the truth especially when asked about accusations against him through the decades by women and many other issues.

Reality is created by myth, math and magic. Always look at what's going on behind the scenes. Don't let "shiny objects" distract you in the illusion. Things are never what they seem to be.

Posted by Ellie Crystal at 4:06 PM