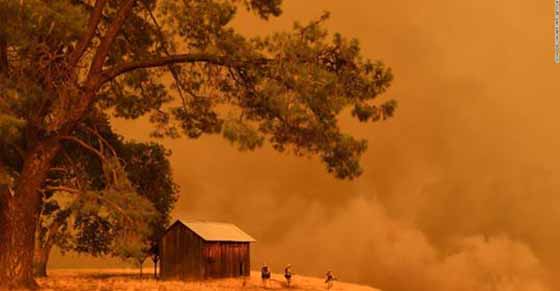 As 2018 comes to a close most people around the world are finally aware that Earth Changes are accelerating and will affect everyone's lives one way or another. People look to put blame and find solutions. I'm glad to know that most of us understand that this is all part of closure.

Seasons: As things change so too do the nature of seasons. Here in the US northeast we enjoy the change of seasons yet only two seasons seem to show themselves in recent years - summer and winter. There were a few nice Autumn days that got washed away by the storms that swept across the country.

Air pollution is another problem especially with accelerating wildfires highlighted this month in California. If a volcano decides to belch up ash, the situation will grow worse.

The planet is falling far short of the 2 degree Celsius goal to limit climate change, according to a new report from the UN. That goal, set in 2015 in the Paris Climate Agreement, would help humanity avoid the worst effects of a warming world, like massive droughts, rising sea levels and more destructive hurricanes. But the UN report says projected emissions of carbon dioxide, the primary greenhouse gas, would result in an average global temperature rise by 2100 of 3.2 degrees Celsius (5.8 degrees Fahrenheit) over pre-industrial temperatures. The report urges world governments to do more to lower their carbon dioxide emissions before it's too late.

Welcome to the future.

Here is an unfolding pattern in California and other places: Wildfires followed by rain resulting in mudslides with major earthquake activity brewing beneath the surface.

Deceptive and Dangerous: A Gallery of An Antarctic Volcano

Extreme heat increasing in both summer and winter

Ocean circulation in North Atlantic at its weakest

Strong chance of a new El Nino forming by early 2019

Bernie Sanders on climate change report: 'The future of the planet is at stake'