A Night at the Grammys 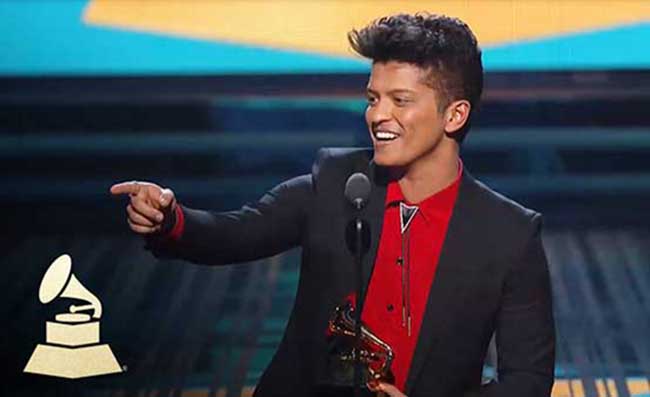 Before the week turns to political rhetoric and Trump's State of the Union Address tomorrow night, let's talk about the 60th Grammy Awards Sunday night. It was a reminder of why the Grammys are my favorite award show and so happy to have them back in NYC. The Grammys belong to the city along with the Tonys. The motion picture industry is out of Hollywood and Country and Western often takes us to Las Vegas and Nashville.

That said I actually stayed up to watch the entire show. The energies were with Bruno Mars who won six Grammys including song, record, and album of the year. Through the years he has become one of my favorite male performers. Why you ask? Because I love things that are upbeat and he's always happy which is my frequency. During his acceptance speech, Bruno said that there were too many ballads being sung during the show and encouraged the show to blast his winning song on the loudspeaker which they did.

Host James Corden took his Carpool Karaoke underground presenting Subway Karaoke with Sting and Shaggy for a subterranean ride on what I think was the D Train. For those who have never been to the city, one can often find people playing music on the subway platforms or in the trains. It brings extra money to many of the New York performers who are out of work. In last night's Subway Karaoke we see the typical New Yorkers sitting on the train, either staring blankly into space or playing with their tech. Did they appreciate the music? Obviously it was all staged but no they did not appreciate what was going on nor seem to recognize the performers. In the end, a little gray haired old walks up to them and says, "I don't want to be in your stupid YouTube video." Welcome to New York City. 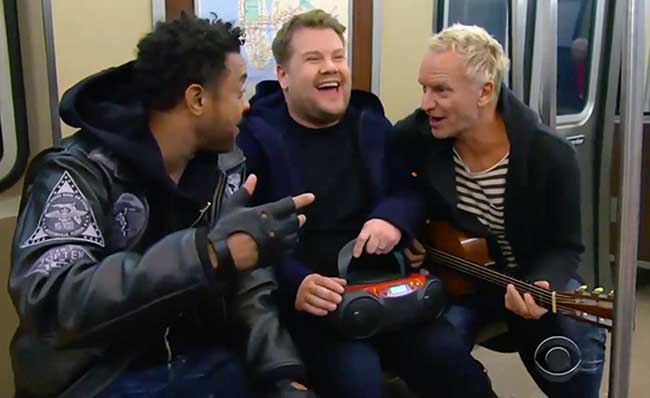 Back to the Grammys where not only the performances were amazing but many of the commercials as well. They were quick little 10 to 15 second musical commercials featuring some of the performers at the Grammys. Very cool.

Every venue of music, with perhaps the exception of opera, was presented by the greats of yesterday and today. It's also interesting to me to put a face to some of the music I hear with young performers who are very talented. I have always loved every kind of music, and believe that music resonates more than the spoken word some of the time. It illicit emotions for both healing and inspiration. It's another window that allows you to see that you are not alone. It helps balance brain chemistry in our crazy world. Finally music is universal often uniting people who would have animosity towards each other.

Music in space takes us from the Voyager Golden Record launched in 1977 to the tones emanating from the Black Hole at the center of the Milky Way Galaxy ... and beyond. Did the simulation start with a Tone ... a Soul Note?

Political commentary went to immigration with an amazing performance at the beginning of the show featuring, Kendrick Lamar, U2 and Dave Chappelle. The #TimesUp Movement had its moment as more men are being called out for sexual abuse some related to criminal activities. You can see the pain on the faces of the performers who have been sexually assaulted. Lady Gaga shouted out "Time's Up" during her performance. Janelle Monae made a powerful #TimesUp speech. The night reached a towering emotional summit when Kesha, joined by Cyndi Lauper, Camila Cabello, Andra Day, Julia Michaels, members of the Resistance Revival Chorus, women all dressed in white, performed Kesha's ballad Praying.

Another favorite part of the show was people reading a few sentences from the book, "Fire and Fury" ... Hillary Clinton making a surprise cameo at the end of the segment. MSG erupted with applause as she slowly revealed her face, which was initially covered with the book, yet her voice is recognizable after all those years in politics and campaigning. Watch it here. Some of us enjoyed Hillary's appearance, while others have gone on record as saying it was disrespectful. 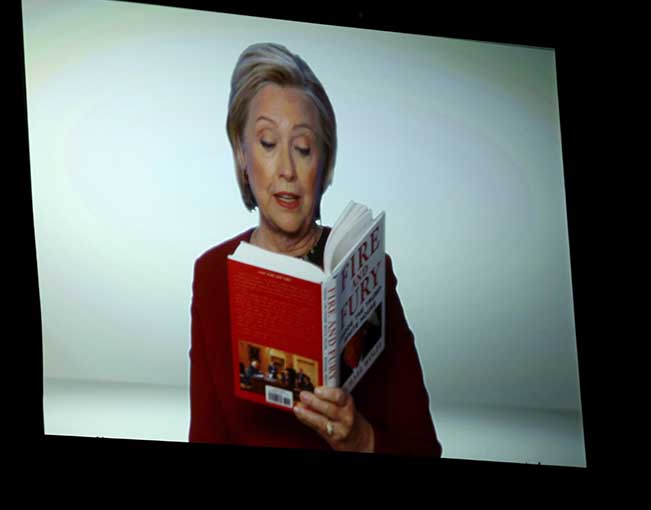 If the scheduled Lifetime Achievement Awards were presented to Neil Diamond, Hal Blaine, Emmylou Harris, Louis Jordan, Queen and Tina Turner, I may have dozed off and missed them, but I don't believe Neil Diamond was there. I tried to find some reference to it in the news today but I only found this article

Moving to the fashions, stage designs, and other things that make a show like this spectacular, I don't believe there are any winners and losers. From jeans to formalwear everybody looked great some performers wearing a white rose in honor or #TimesUp. I recorded the show so I can listen to some of the performances in the future.

From Pussies (those girl can dance and tease) to
Puppies (given to losers in the Comedy category) . the show was amazing. 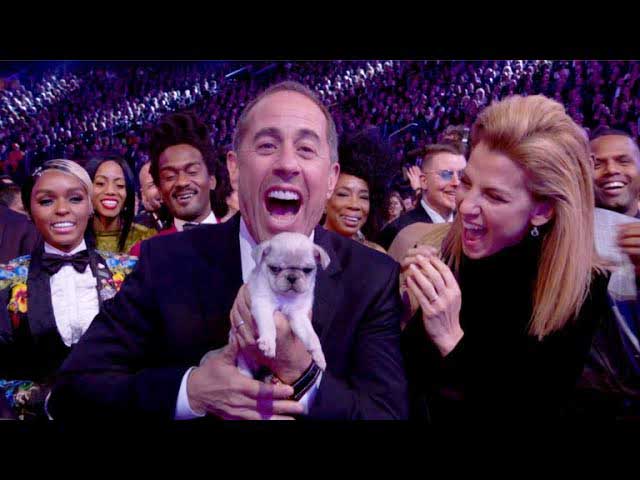 Though I love James Corden ... somebody bring LL Cool J back.