Experiments in the Matrix 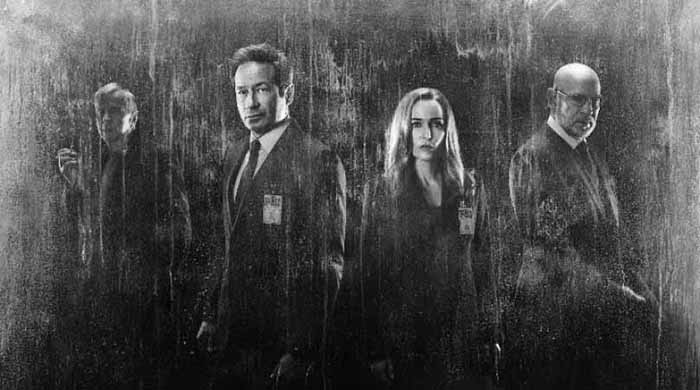 Episode 1 Season 11 of the X-Files takes us to alien-human biogenetic experiments, the conception of Scully's son William, and who's the daddy? We have been lead to believe it was Mulder ... or perhaps this was all part of an experiment wherein barren Scully suddenly finds herself pregnant then later concludes it was from a one-night-stand with Mulder. Last night, Smoking Man (how is he still alive?) told Skinner he was the father. So why do I doubt that? Is it because I like happily-ever-after endings where Mulder and Scully find their teenage son who has superpowers after which they take us on adventures? (Hey ... that's my ending). Time will tell as it always does. [Interesting glimpses of William and Scully telepathically connecting] 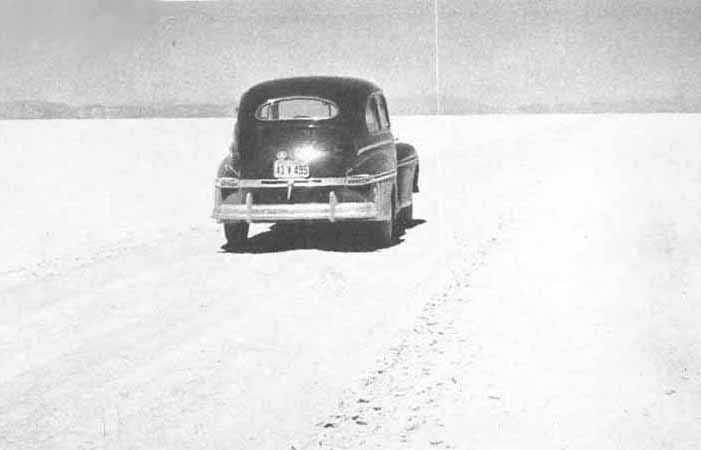 Back in "real life" where we try to make things we experience relatable - I had to wonder about my mother who had many miscarriages before I was born - told she could not have children - who communicated with Z and eventually guided me to my ET experience in the Nevada desert in 1954 that set my life on a unique trajectory that still guides me. 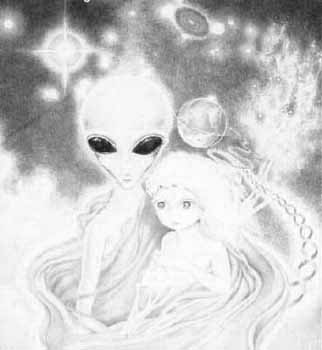 Next I remembered the female abductees I worked with in the past, who told me stories about finding themselves pregnant without having had sex, then after the first trimester the fetus was gone ... taken. As most stories go ... the women were allegedly taken aboard a UFO where they were initially shown an alien-human fetus then later their hybrid child all part of a human-alien biogenetic experiment.

Were these women telling the truth or just regurgitating things they had read or seen elsewhere? Anything is possible. ... But that was years ago. I don't hear the stories anymore. I also know it has something to do with the closing of the Earth experiment. So what has become of these children? Was all of this about humans understanding that Experiment Earth was about biogenetic experiments that created many different root races in different parts of the hologram?

I've met many people who don't believe the Earth Hologram is going to continue and has already ended. This is probably Play Station III in the multidimensional matrixes of physical reality in which we experience knowing all the while it's not real and eventually ending. If you were to experience physical reality from another perspective, we are just inserts that enter to play, then are either recycled or removed. 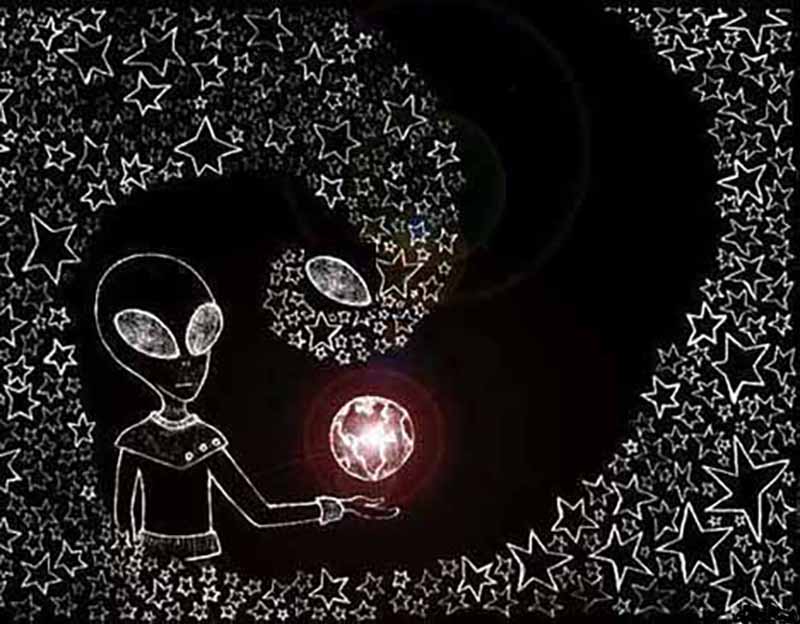 Who are the gray aliens mentioned in The X-Files that have become an accepted part of our mythology and the anthology of our experiences here? They have always been part of who we are - just from another grid perspective. 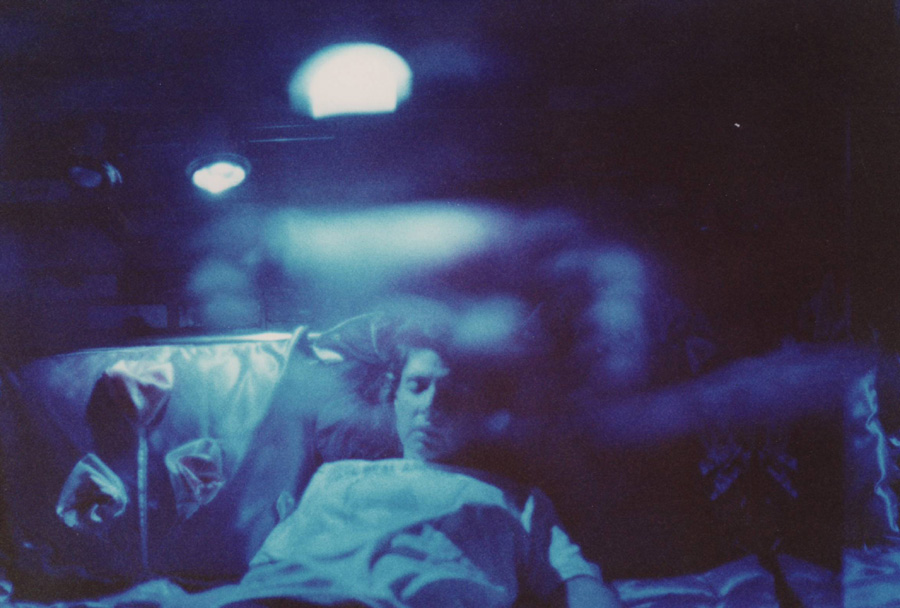 Ellie and the Gray Alien 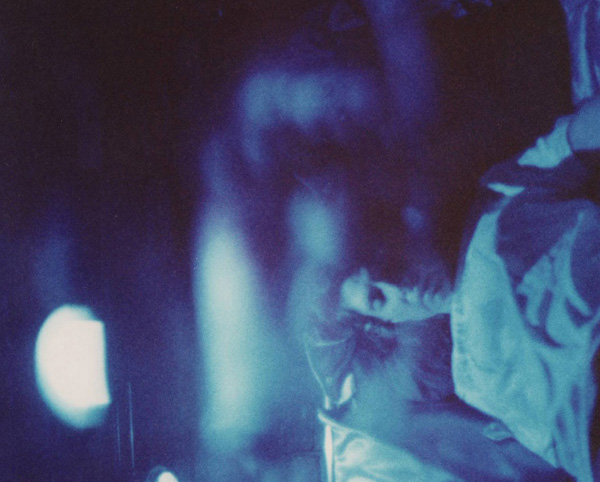 
In my experience, I have closed my eyes, or dreamed about looking into a mirror (window), with a gray alien staring back at me - emphasis on the shiny black eyes. The feeling is one of connection not fear. It was as if I was being shown another aspect of who I am.

Ellie morphing into a reptilian 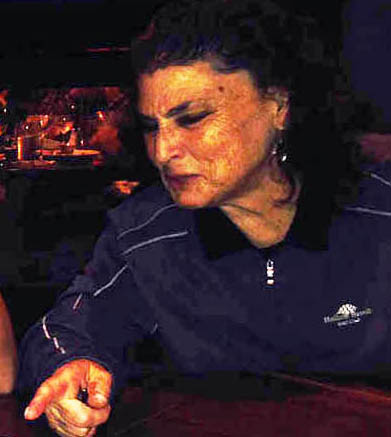 Then, there's the Reptilians linked to the Anunnaki biogenetic experiments that also produced human-alien root races in which souls entered to experience. Speculation is endless and yet somehow I feel connected to all of it in a creational way. It's further connected to epigenetics ...

Along with Mulder and Scully, we are all playing out our roles and waiting for the end of the series. Season 11 - a number that holds great place value for us 11.11. This was an interesting dream filled with dualistic underpinnings that supported the illusion in Time. Whatever your believe systems, and your current life experiences, we are all headed down the yellow brick road to OZ or the Matrix.

In the beginning there was light without sound and color 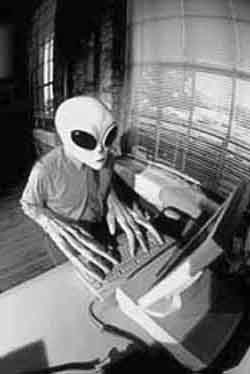 Bombogenesis
has arrived in the city and is just outside as I sit here typing. 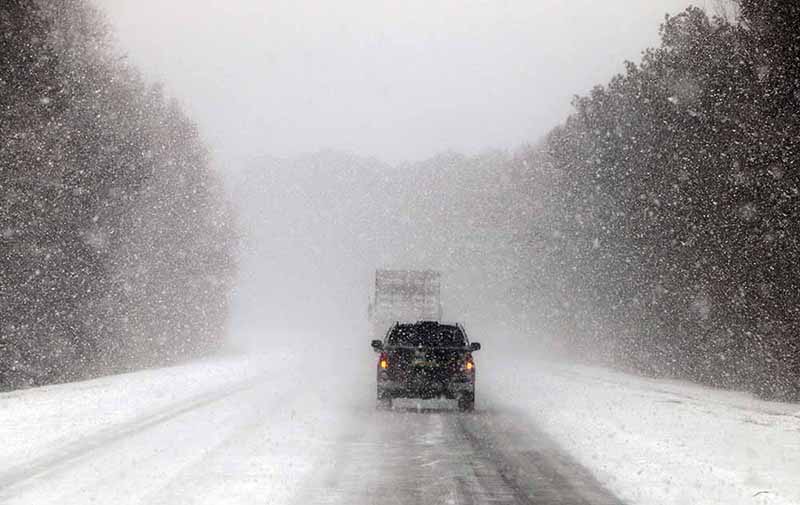 Dropping the "F Bomb" ... The partnership of convenience between Trump and Steve Bannon is officially over. Trump eviscerated his former chief strategist in a stunning statement Wednesday saying: "When he was fired, he not only lost his job, he lost his mind." The president's comments were in response to biting quotes attributed to Bannon in a new tell-all book and expanded on establishment GOP efforts to discredit Bannon. Yes Bannon is one of many ways to defeat Trump .... then there's ...


Dropping the "Nuclear Bomb". Who's is bigger? Trump's or Kim Jung-Un's ... nuclear button that is? Is this what reality is reduced to ... dick size? i guess so. 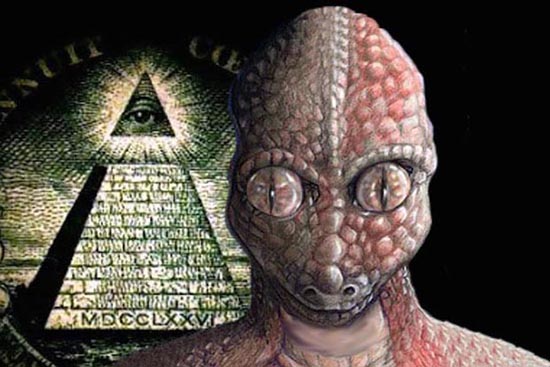