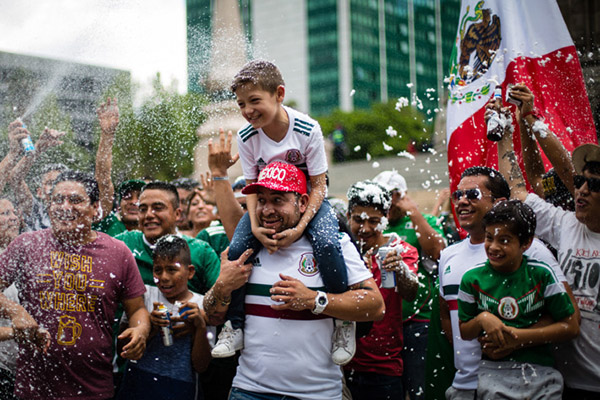 If you pay attention to Earthquake Activity - specifically in the Pacific Ring of Fire – you know that earthquakes in Mexico are ongoing. In recent weeks Hawaii has had over 2000 earthquakes and continues to rock. This is accompanied by the ongoing eruption of Mount Kilauea. This all reduces to fractured tectonic plates therefore it doesn't take much for an earthquake to happen. Over in Mexico ...


Mexico’s stunning upset win over Germany in the World Cup on Sunday may have shocked more than soccer fans. At the same time El Tri forward Hirving Lozano scored Mexico’s winning goal at Luzhniki Stadium in Moscow, at least two seismic sensors detected a minor earthquake in Mexico City, according to a monitoring agency run by Mexico’s Institute of Geological and Atmospheric Research:

SIMMSA theorized that the artificial quake was caused by all the fans in the city jumping up and down in celebration of the goal, and later noted that a similar reading was detected in Lima following a goal by Peru’s team in World Cup qualifier in last November.