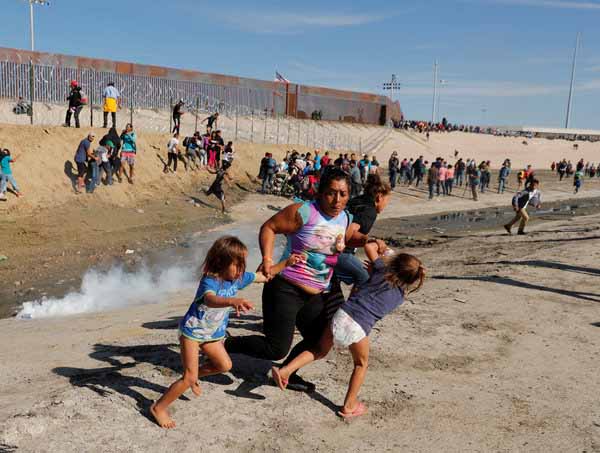 The Migrant Situation is a difficult topic to blog about because, like you, I have my opinions and you may strongly disagree. The need to help those escaping oppression conflicts with the ability to do so successfully in most cases. Regimes in most Central and South American countries rival many countries in the Middle East where human rights don't exist and people seek the safety of European countries.

We know that end times push souls to the max in the fight for freedom which has become a global soul experience. The freedom souls see ahead is the release from the confines of physical reality when all fades to black and the simulation of our reality ends.

In the meantime ... the US is no longer a safe haven as we struggle with endless unsolvable issues.

If I was handling the current situation, I wouldn't admit anyone to the country until I knew where they were going and who was going to take care of them as resources here are often limited and leads to crime and exploitation.

Last night I watched people in the news protesting and saying that we should admit the migrants - we are talking thousands of people each year. Perhaps these protestors would like to support and take care of migrant families or something to that effect if it can be arranged.

For today ... Migrant caravan: Mexico to deport group which stormed US border