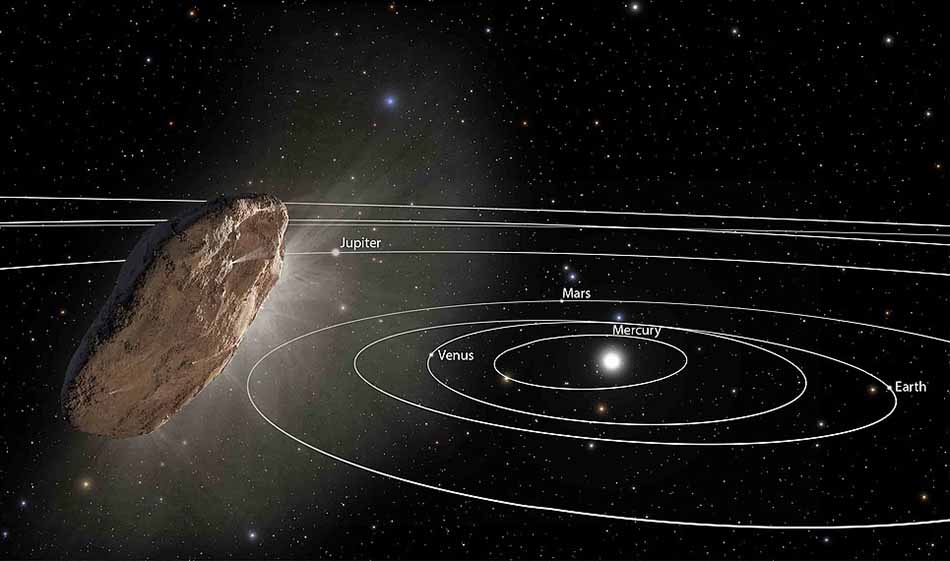 'Oumuamua is the first interstellar object detected passing through the Solar System. It is a small stellar object that some think could be a UFO or solar sail send to explore outer space.

It has a dark red color, similar to objects in the outer Solar System. 'Oumuamua showed no signs of a comet tail despite its close approach to the Sun, but has since undergone non-gravitational acceleration consistent with comet outgassing. It has significant elongation and rotation rate, so it is thought to be metal-rich with a relatively high density.

'Oumuamua is tumbling, rather than smoothly rotating, and is moving so fast relative to the Sun that there is no chance it originated in the Solar System. It also means that 'Oumuamua cannot be captured into a solar orbit, so it will eventually leave the Solar System and resume traveling through interstellar space.'Oumuamua's system of origin and the amount of time it has spent traveling amongst the stars are unknown.

In September 2018, astronomers described several possible home star systems from which 'Oumuamua may have begun its interstellar journey. However, the object did not pass particularly close to any of those objects, making its origin from any one of them improbable. Read more 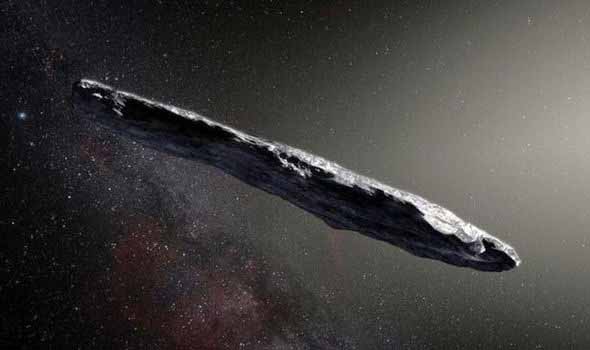 Could 'Oumuamua be an extraterrestrial solar sail?   PhysOrg - November 2, 2018
On October 19th, 2017, the Panoramic Survey Telescope and Rapid Response System-1 (Pan-STARRS-1) in Hawaii announced the first-ever detection of an interstellar asteroid, named 1I/2017 U1 (aka, "Oumuamua). In the months that followed, multiple follow-up observations were conducted that allowed astronomers to get a better idea of its size and shape, while also revealing that it had the characteristics of both a comet and an asteroid.