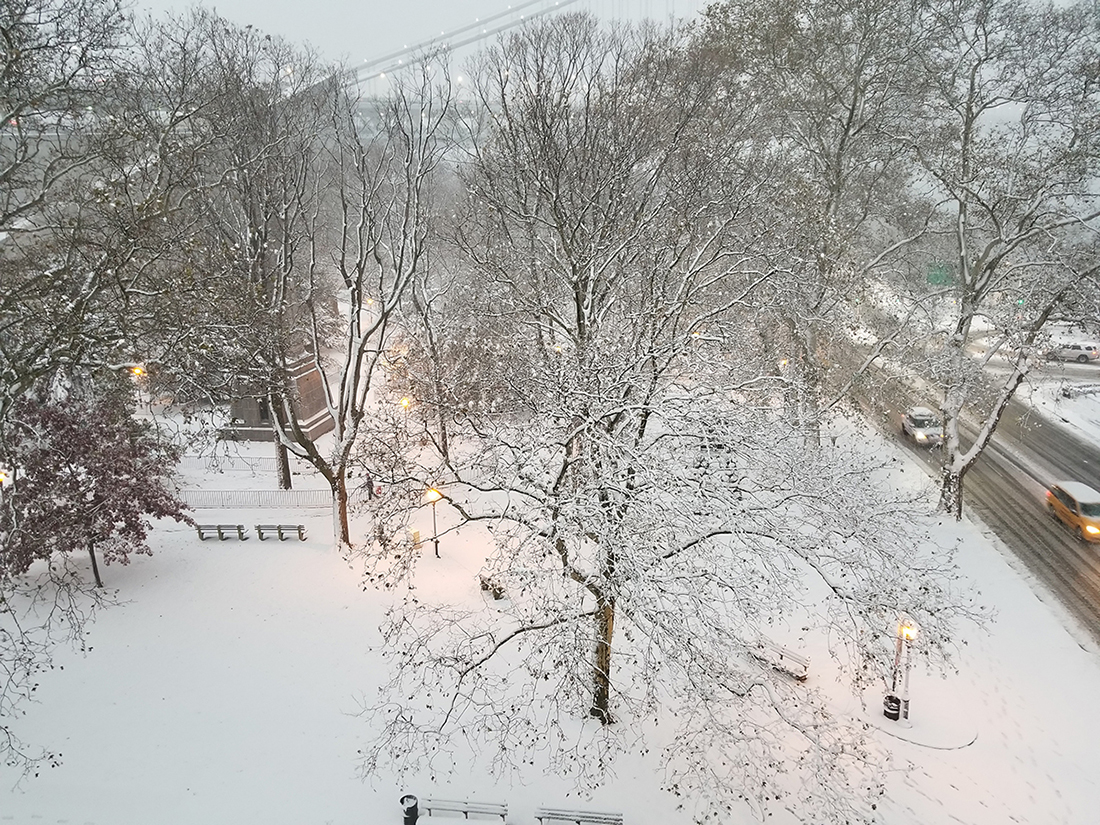 I made this video Thursday evening of another tenant in my building whose BMW SUV got stuck going up the driveway ramp as he tried to get out before the snow was cleared away.


Friday - While the west coast deals with record setting wildfires and their aftermath ... 1,300 miles of country - from the midwest to the east coast - deals with record setting snowfall and its aftermath in 13 states - and it's only November. New York had its biggest November snowfall in 136 years with 6.4 inches. The sun is out ... the wind has subsided ... temperatures rising into the 40's washing away the ice and snow.

No one was expecting a storm of the magnitude stranding thousands of people and causing untold damage. Always remember - the end comes out of the blue.