Can you tell the difference between reality and a dreamscape? A new TV series premieres tonight on NBC called Reverie. Former hostage negotiator Mara Kint, an expert on human behavior, takes a job saving people whose minds are lost in an advanced virtual-reality simulation, Reverie. In the process, Kint begins to work through a personal tragedy in her own past. The show stars one of my favorite actresses Sarah Shahi. 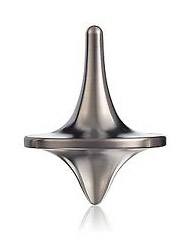 Do you remember the dreamscapes in the 2010 film Inception? It featured a spinning top that spins indefinitely in a dream world but falls over in reality. An ad about a spinning top appeared on every page I opened online today. Yes ... I get it ... we are in virtual reality. If I close my eyes and watch it spin, it keeps spinning but at a 10° angle to the left. 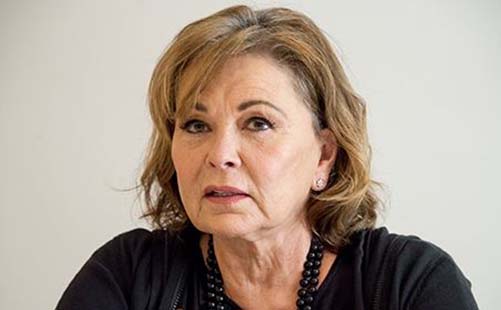 I never watched the original television sitcom Roseanne because I thought Roseanne Barr suffered from rage disorder and mental illness. Everything about her bothered me especially her whinny voice. When the series returned this season I watched the first episode and again decided there's something in her energies that I cannot tolerate. She's just too off-the-wall for me. I guess I was right.

There's nothing that turns me off more than people who rant, sometimes called snarky, and in general are rude, inappropriate, and offensive. After Roseanne posted a tweet comparing Obama adviser Valerie Jarrett to an ape, ABC cancelled her show, her career in television probably ended. Barr tweeted about Valerie Jarrett likening her to "Muslim brotherhood and planet of the apes had a baby=vj". One could believe that producers and others were expecting her to lash out based on prior tweets and behavior patterns as they so swiftly let her go. There is sadness and disappointment for others working on the show who deserved a better opportunity.

As a society we have come to understand that mental illness creates a venue wherein people act out harming themselves and those whose lives they affect. We see violent acts by students, terrorists, and in all walks of life. Like everything else this is a pattern that is oozing out like lava from explosive Mount Kilauea in Hawaii that has been building for a very long time causing a ripple effect of destruction in its wake.

The grids are broken as is everything else that supports the hologram, so in truth, if you understand unfolding events from that level, there is no going back just preparing for what lies ahead. The mentally ill cannot help but act out unless properly diagnosed and medicated and even then there is no telling how long the medication will balance brain chemistry.

Tuesday I read a woman, my age, who is also a psychic from NYC. Inevitably we touched on the subject of what's going on in the world today. She sees everything growing worse until the end. She sees the close of the hologram followed by the return of Jesus though, from a Catholic background, she does not follow any religion. She is also open to the notion of aliens as our creators, though she doesn't follow any of these theories per se. She is fully convinced that it all ends in her lifetime. That is her perspective on what lies ahead in the immediate future.