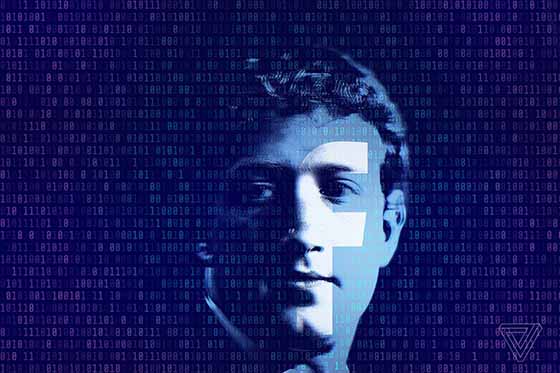 People use Facebook for social and professional reasons. It has positives and negatives. I find it interesting that many people I know are deleting their accounts as they feel finished - not just because of the scandal but because they are bored with it.

My age group is generally not into social media though some enjoy sharing pics with family and friends and finding others from their past to share memories and perhaps rekindle friendships. Social media is all well and good and depending on how it is used in the case of Facebook there are too many negatives at this time. The changes that are now being made should have been done years ago which you already know. If you were never a member of Facebook you're probably saying, "I'm glad I never joined." Though social media is one way your information can get into the hands of the wrongs people, there are other ways including hacking. As I'm sure you know, nothing is safe.

In linear time all things change as we moved to the "next" including reality itself. This is all by design - different experiments created then deleted. The human biogenetic experiment is on borrowed time to either be deleted or replaced by something else. It was designed with flaws as a means to study human behavior and emotions and seems to have run its course. Some believe Artificial Intelligence is next. Some believe aliens interference dictates what's next. I believe it will all be deleted, but that my opinion, as you have yours. Whatever you believe, it is happening.

It's always about money.

This week all eyes will be on Capitol Hill when Facebook founder and CEO Mark Zuckerberg goes to Washington the Masonic home of those who would run things until the end while remaining connected to Europe and the Middle East where it all began.

Zuckerberg is scheduled to testify at a joint meeting of the Senate Judiciary and Commerce Committees and the House Commerce and Energy Committee about how the company plans to protect its user's data in the future after a torrent of criticism that has been leveled at his company in recent weeks - among other things that will confirm your reservations about this conspiracy. Sooner to later the truth will out.

Apple co-founder Steve Wozniak is leaving Facebook out of growing concern for the carelessness with which Facebook and other Internet companies treat the private information of users. Wozniak said he'd rather pay for Facebook than have his personal information exploited for advertising. He heaped praise on Apple for respecting people's privacy.

Cambridge Analytica: Zuckerberg was invited to testify before Congress after multiple sources reported that the political consulting firm gained access to as many as 87 million Facebook profiles. Cambridge Analytica allegedly used that information improperly after it was hired by the Donald Trump presidential campaign to craft sophisticated targeted political ads.

What members of Congress and the general public need to remember is that nothing is free. While individuals who use Facebook don't have to pay for it, Facebook makes money - and lots of it - using their information. Facebook's net income was nearly $16 billion last year. The company sells advertising to commercial clients seeking to target Facebook users based on profiles derived from those users' online activities. That very same ability - to identify and reach users most likely to be receptive to a client's product or service - was valuable not just to the Trump campaign, but also to President Obama's 2012 re-election effort. It was the Obama campaign that pioneered the use of such data to win elections.

There are those who would like Zuckerberg to step down as CEO, but that's not likely. There is an increasing consensus in Washington, in Silicon Valley and around the world that something dramatic - something more than the flurry of announcements and privacy settings updates and crackdowns on developers - needs to be done - but will it or is that just another smoke-screen?