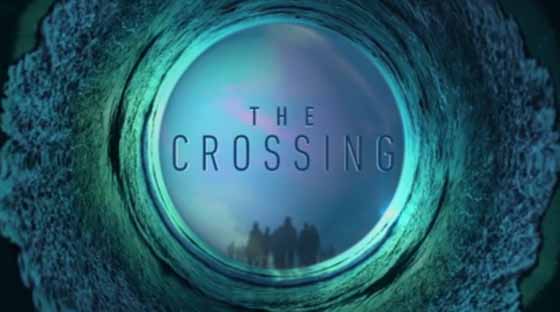 I have never been about healing, energy, and the paranormal, but everything about Time Travel, especially experiments conducted during WWII in Germany, connect for me. Much of that energy is filtering into this timeline now if you are programmed to make the connection.

Speaking of Time Travel ... A new series premiered Monday night called The Crossing set in the fictional town of Port Canaan, Oregon. Here we find themes about Time Travel, conspiracies, enhanced humans from the future, with some similarities to the series Lost and 4400 set in Washington State. My remote view of the missing airplane MH370 in March 2014, over the Pacific, would fall nicely into this window of observation.

The Crossing poses questions that could take seasons to unfold, with a promise of interesting storylines for the future. Sandrine Holt plays Homeland Security agent Emma Wren while over at the TV series Homeland she can be seen as a Russian spy in a plot to overthrow the US President - another Crossing. The primary job of any TV pilot is to intrigue viewers. The Crossing accomplished that for different viewers including those who believe they are here from the future to adjust this timeline ... shades of The Terminator as both shows include a character named Reece/Reese.

On the matter of Time Travel, Sunday night features a series called Timeless which offers a great cast and generally interesting storylines - the most recent adventure time traveling back to WWII and meeting actress and inventor Hedy Lamarr. When I was a teen I fashioned myself after Hedy strongly connecting with her energies and secrets. At the beginning of World War II, Lamarr and composer George Antheil developed a radio guidance system for Allied torpedoes, which used spread spectrum and frequency hopping technology to defeat the threat of jamming by the Axis powers. Although the US Navy did not adopt the technology until the 1960s, the principles of their work are arguably incorporated into Bluetooth technology, and are similar to methods used in legacy versions of CDMA and Wi-Fi. This work led to their induction into the National Inventors Hall of Fame in 2014. 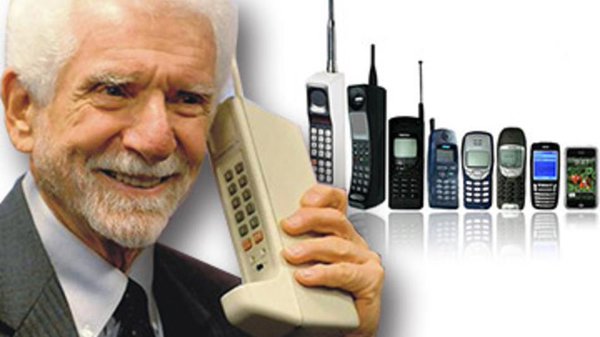 Does anyone remember having or seeing a phone like this?

Martin Cooper of Motorola - Father of the Cell Phone - used the first portable handset to make the first cellphone call to his rival at Bell Labs. If you wanted to make a mobile-phone call in those days, you might have a radiophone in your car. You'd need to spend thousands of dollars, stash about 30 pounds of equipment in your trunk and install a special antenna. Bell Laboratories had conceptualized cellular communications in 1947. But it was locked in a competition with Motorola in the '60s and '70s to go truly portable. At Motorola, Cooper and designer Rudy Krolopp worked on the "shoe" phone, using many of the company's existing electronics patents. They produced the Motorola DynaTAC (for DYNamic Adaptive Total Area Coverage): 9 inches tall, 2.5 pounds, with 30 circuit boards. You could talk for 35 minutes, and it took 10 hours to recharge. Cooper set up a cellular base station in New York and made his first call to Joel Engel, Bell Labs' research chief. Cooper recalls: "I made numerous calls, including one where I crossed the street while talking to a New York radio reporter - probably one of the more dangerous things I have ever done in my life." Motorola spent another 10 years to get the cellphone over technological and regulatory hurdles. Commercial service started in 1983, with a slimmed-down, 16-ounce DynaTAC. First adopters paid $3,500 for the phone ($7,400 in today's money). It was 1990 before cellphone service reached a million U.S. subscribers. 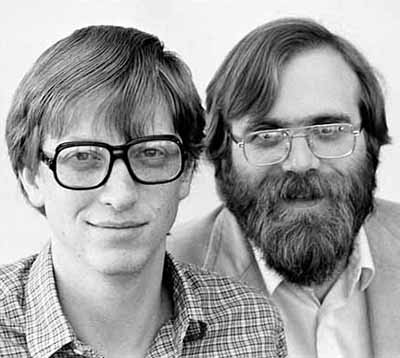 Microsoft is an American multinational technology company with headquarters in Redmond, Washington. It develops, manufactures, licenses, supports and sells computer software, consumer electronics, personal computers, and services. Its best known software products are the Microsoft Windows line of operating systems, the Microsoft Office suite, and the Internet Explorer and Edge web browsers. Its flagship hardware products are the Xbox video game consoles and the Microsoft Surface tablet lineup. The word "Microsoft" is a portmanteau of "microcomputer" and "software".