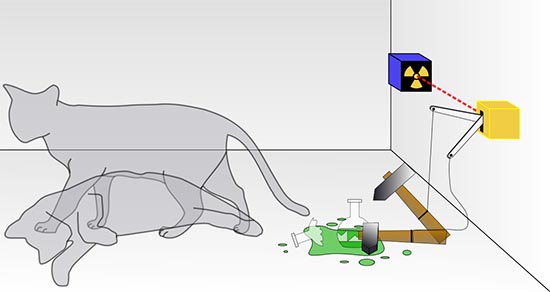 Schrodinger's Cat is a thought experiment, sometimes described as a paradox, devised by Austrian physicist Erwin Schrodinger in 1935. Read more


Schrodinger's Cat is neither alive nor dead. It is a projection in the Simulation/Hologram/Algorithm of Reality 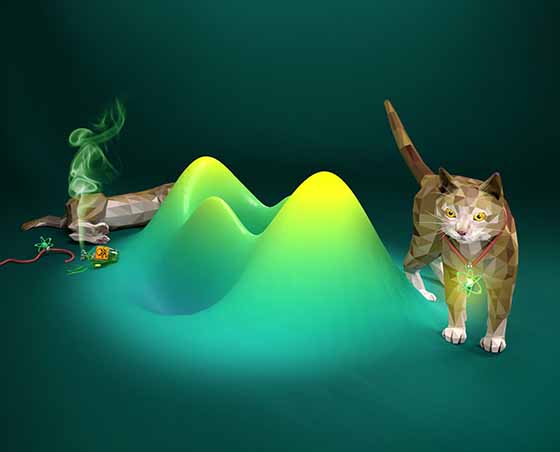 The laser pulses didn't grow whiskers or paws. But they became like the famous quantum-physics thought experiment Schrodinger's cat in an important way:

They were large objects that acted like the simultaneously dead-and-alive creatures of subatomic physics - existing in a limbo between two simultaneous, contradictory states.

And the lab in Finland where they were born had no limit on how many they could make. Pulse after pulse turned into a creature of the quantum world.

And those "quantum cats," though they existed for only a fraction of a second inside the experimental machine, had the potential to be immortal.