The Wizard of Oz 80 Years Later 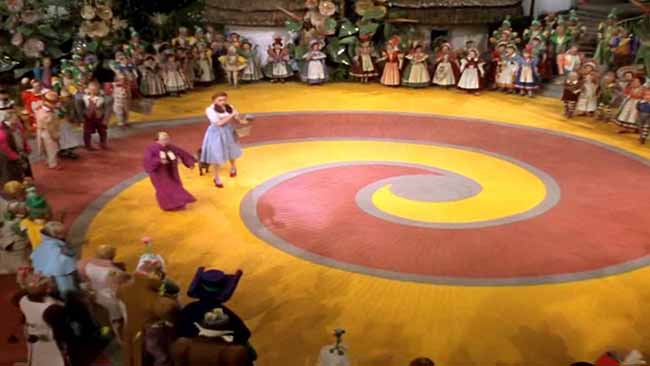 The Wonderful Wizard of Oz is an American children's novel written by author L. Frank Baum and illustrated by W. W. Denslow, originally published by the George M. Hill Company in Chicago on May 17, 1900.


The classic musical fantasy The Wizard of Oz premiered August 25, 1939, and is still considered one of the greatest films of all time.

This year The Wizard of Oz returns to the big screen for its 80th anniversary. Like Alice in Wonderland - The Wizard of Oz is replete with metaphors about reality for those who know where to look.

The WiZard has always been Z to me - the yellow brick road is the golden ratio (consciousness, creation), the witches (is that a Trump metaphor - reality is a "witch hunt"?) - the Scarecrow is Human Emotions - and on and on - as we fell asleep in the poppy (substances) fields but are getting close to waking up and finding our way home.

Also of note World War II officially began one week later on September 1, 1939, with the invasion of Poland by Germany and subsequent declarations on Germany by France and the United Kingdom. World War II opened the doors to time travel experiments and alien adventures which included both human experimentation (Hitler and the Nazis) - to created the next level of human design - and alien-human-hybrid biogenetic experiments - they both had the same agenda ... followed by crashed UFOs and reverse engineering to get us up to speed for end times today.

Alexander Volkov - June 14, 1891 - July 3, 1977 - was a Soviet novelist, playwright, university lecturer, and author mostly remembered for the Magic Land series of books based on L. Frank Baum's The Wonderful Wizard of Oz. His first book, The Wizard of the Emerald City, is a loose translation of the first Oz book, with chapters added, altered, or omitted, some names changed.

For example, "Dorothy" becomes "Ellie" and Oz is renamed "Magic Land". First published in 1939 in the Soviet Union, the book became quite popular. In the 1960s Volkov also wrote his own sequels to the story. He liberally borrowed from some of the originals, such as using the "Powder of Life" idea from The Marvelous Land of Oz, but mostly created a divergent universe. From 1963 to 1970, four more books in the series were published, with the sixth and final story published posthumously in 1982.

Both stories are dreams set somewhere in time - Tick tock!


Both stories are also about young girls.


Travel through the Flower of Life With Joie