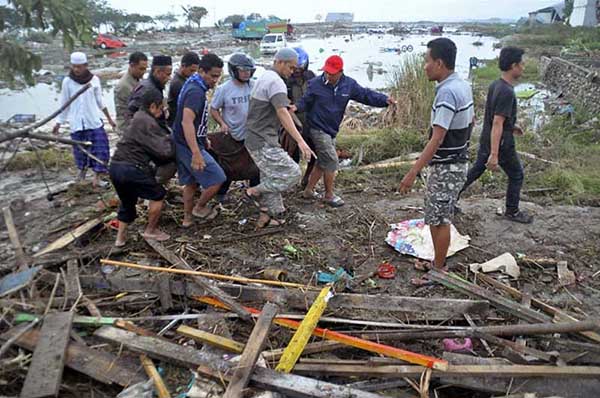 Just when I think I'm finished with Flood Stories for the week the Pacific Ring of Fire explodes again. These are no longer isolated incidents few and far between. They are an algorithm for end times that is accelerating exponentially. Tick tock ! 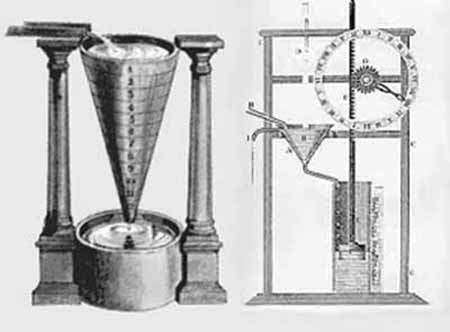 A water clock or clepsydra is any timepiece in which time is measured by the regulated flow of liquid into (inflow type) or out from (outflow type) a vessel where the amount is then measured. Water clocks are one of the oldest time-measuring instruments.

Where and when they were first invented is not known, and given their great antiquity it may never be. The bowl-shaped outflow is the simplest form of a water clock and is known to have existed in Babylon and in Egypt around the 16th century BCE.

Other regions of the world, including India and China, also have early evidence of water clocks, but the earliest dates are less certain. Some authors, however, claim that water clocks appeared in China as early as 4000 BCE. Later the Chinese developed advanced water clocks, incorporating gears, escapement mechanisms, and water wheels, passing their ideas on to Korea and Japan

Some modern timepieces are called "water clocks" but work differently from the ancient ones. Their timekeeping is governed by a pendulum, but they use water for other purposes, such as providing the power needed to drive the clock by using a water wheel or something similar, or by having water in their displays.

The Greeks and Romans advanced water clock design to include the inflow clepsydra with an early feedback system, gearing, and escapement mechanism, which were connected to fanciful automata and resulted in improved accuracy.

Further advances were made in Byzantium, Syria and Mesopotamia, where increasingly accurate water clocks incorporated complex segmental and epicyclic gearing, water wheels, and programmability, advances which eventually made their way to Europe.

Independently, the Chinese developed their own advanced water clocks, incorporating gears, escapement mechanisms, and water wheels, passing their ideas on to Korea and Japan. Read more ...