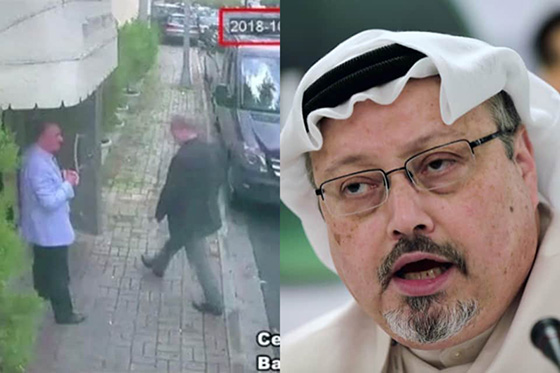 This morning I woke up early - lifted the shade and looked out over the Verrazano Bridge and Atlantic Ocean - the Statue of Liberty off in the distance. Sometimes it makes me reflect on the freedoms we have - or think we have - as we wait for the next shoe to drop and weekly diversions from the White House. They are like episodes in a weekly TV series that we stay to watch or change the channel.

Outside it was drizzling again but who am I to complain as others face the aftermath of endless natural disasters that could hit anywhere anytime and will affect everyone by the time our drama is cancelled.

It was time to watch the recording of one of my favorite TV shows - NCIS Los Angeles which aired an episode called "The Prince". High adventure as the NCIS team was assigned protection duty for Saudi Deputy Crown Prince Kamal after an unknown assassin - and a hit squad - targeted him upon his arrival in Los Angeles. The plot seemed ironic as allegedly the Saudis sent a hit squad to take out Jamal Khashoggi two weeks ago in real time. NCIS saved the Prince in 44 minutes but the whereabouts of Khashoggi remain under investigation. Watch "The Prince" on CBS.


Updating the Khashoggi storyline ... International pressure has been mounting on Saudi Arabia for days about an explanation into the disappearance of journalist Jamal Khashoggi at the Saudi consulate in Turkey. The UK, Germany and France demand an investigation. Businesses are pulling out of conferences there. Politicians in the US have talked of sanctions. Over the weekend the Saudis pushed back, threatening to retaliate if the US imposed sanctions. Saudi Arabia's King Salman spoke with Turkish President Recep Tayyip Erdogan, which resulted in talk of the two countries possibly putting together a "working group" to deal with the matter.

What will Trump do? Would he jeopardize his personal investments linked to Saudi Arabia to let the Saudis get away with murder? Will this turn into another scenario like his relationship with Putin where Trump kisses up to dictators again?

Speaking of Putin we have to consider Russian and other foreign hacking threats three weeks before the mid-term elections. You have to wonder what's going on behind the scenes and how it will affect the results.

Before the midterm elections there are groups plotting to incite violence whether they are being paid or fighting for something they believe in. This is serious and something we know Trump will not handle well - his behavior and rhetoric often instigating them and making matters worse.

In end times people need very little to set them off. Be cautious. As you know - every week the White House presents another series of diversions to cover up what's really going on. Expect this week to be no different.


Reality Check - Putting a new "Spin" on it 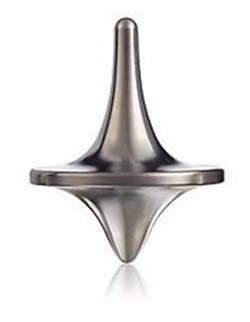 In the film Inception a top spins indefinitely in a dream world but falls over in this reality.