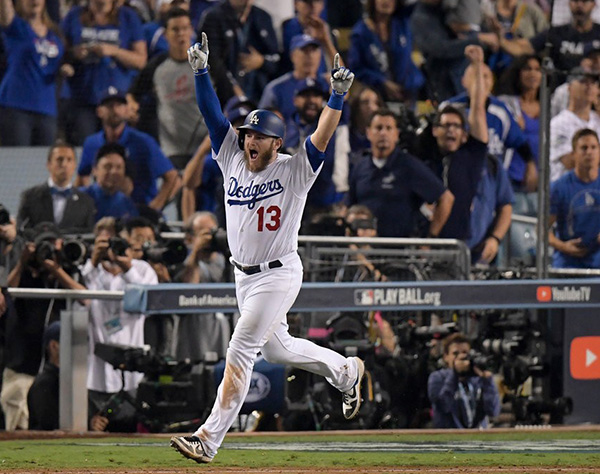 For those who enjoy sports excitement comes when records are set. Friday night did not disappoint. World Series Game 3 was the longest game in postseason history as the LA Dodgers beat the Boston Read Sox in 18 Innings   New York Times - October 27, 2018

For seven hours and 20 minutes, the Boston Red Sox and the Los Angeles Dodgers tried to settle Game 3 of the World Series. No postseason game had ever lasted so long. Few have been so tense.

At last, in the 18th inning, on the 561st pitch Friday night into the predawn hours of Saturday, Max Muncy drove a backdoor cutter from Nathan Eovaldi over the left field fence at Dodger Stadium.

The Dodgers had a victory, 3-2, and life in this World Series. Two division series games have lasted 18 innings, but no World Series game had gone beyond the 14th.

This game stretched nearly an hour longer than any other in postseason history and - incredibly - consumed 15 more minutes than the entire 1939 World Series, a tidy Yankees sweep over Cincinnati that lasted just seven hours five minutes. 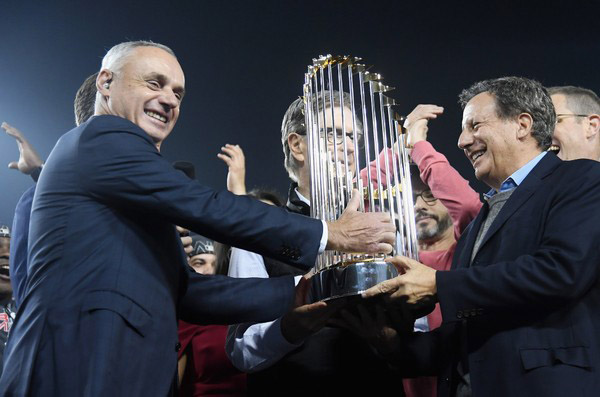 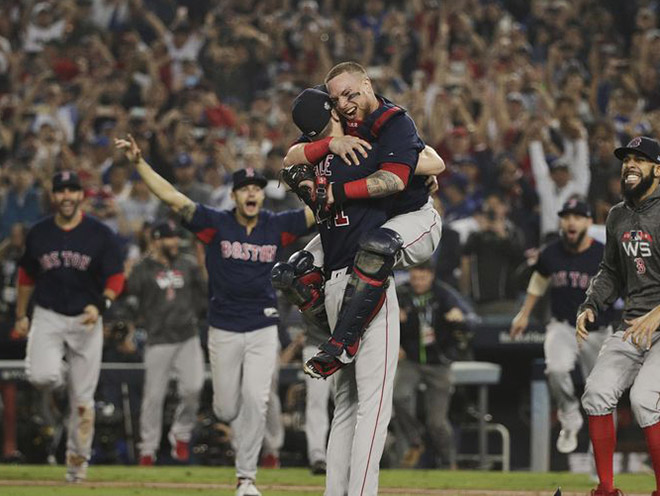 Amidst all the darkness in this country ...

Congratulations to the Boston Red Sox on their World Series Championship