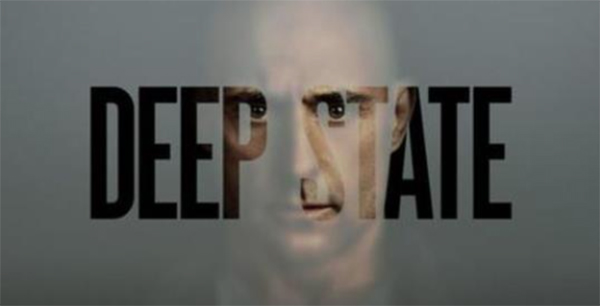 It's been a long time since I binge-watched a TV series but with thunderstorms all day yesterday I stumbled upon a British series broadcast on Demand - EPIX TV - called Deep State. Set in present day this is another series about government corruption with references to Trump as a President who tweets like a teenage girl and other humorous comments.

You really have to like the characters and the story line to watch so many episodes back to back but I enjoyed them all - finishing a little while ago. It's always interesting when the good guys figure out a way to keep things in check at the end of the series but are far from resolving the issues which as we know never will reach resolution until the reality series we call our lives - gets canceled [Fade to Black - It's a Wrap.] The show has been picked up for a second season returning next year as will I.

Humans are programmed for money and power as they believe that creates freedom and on many levels it does but usually it comes with a price.

Speaking of corruption - Omarosa is in the public eye - and like her former boss her information is filled with discrepancies. She does make certain points about Trump's ability to run the country in a professional way but then again no one could handle that job and do it without secrets and lies. Omarosa's energies are as you read them - sneaky and self-serving. I was not the least bit surprised she recorded meetings with John Kelly and Trump with more drama to come until her storyline fades into the woodwork ... not be picked up for another season. Trust no one. More diversions.

Deep State refers to ... a political situation in a country when an internal organ ("deep state"), such as the armed forces or public authorities (intelligence agencies, police, secret police, administrative agencies, and branches of government bureaucracy), does not respond to the civilian political leadership. Read more ...

Meanwhile over in D.C. today...
White nationalists dwarfed by crowds of counterprotesters in Washington
A small group of white nationalists has arrived in Lafayette Square park across the street from the White House, where they're holding a rally on the anniversary of clashes in Charlottesville that left one person dead and elevated racial tension in America. But the group was vastly outnumbered by throngs of counterprotesters who had been gathering in the nation's capital throughout the day. Organizer Jason Kessler said in his event permit application that between 100 and 400 people were expected to attend the "Unite the Right 2" gathering, which was billed as a "white civil rights rally."