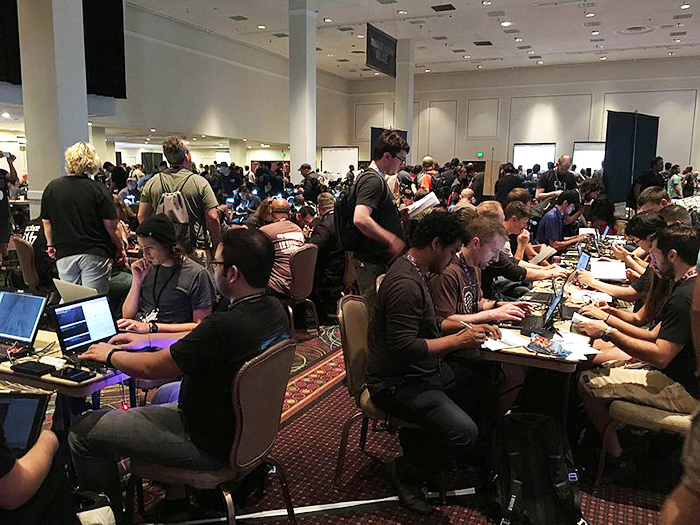 DEF CON (also written as DEFCON, Defcon, or DC) is one of the world's largest hacker conventions, held annually in Las Vegas, Nevada, with the first DEF CON taking place in June 1993. Many of the attendees at DEF CON include computer security professionals, journalists, lawyers, federal government employees, security researchers, students, and hackers with a general interest in software, computer architecture, phone phreaking, hardware modification, and anything else that can be "hacked."

The event consists of several tracks of speakers about computer- and hacking- related subjects, as well as cyber-security challenges and competitions (known as hacking Wargames). Contests held during the event are extremely varied, and can range from creating the longest Wi-Fi connection (aircrack-ng) to finding the most effective way to cool a beer in the Nevada heat.

Other contests, past and present, include lockpicking, robotics-related contests, art, slogan, coffee wars, scavenger hunt and Capture the Flag. Capture the Flag (CTF) is perhaps the best known of these contests. It is a hacking competition where teams of hackers attempt to attack and defend computers and networks using certain software and network structures. CTF has been emulated at other hacking conferences as well as in academic and military contexts. Federal law enforcement agents from the FBI, DoD, United States Postal Inspection Service, DHS via us-cert.gov and other agencies regularly attend DEF CON. Read more


The hackers just arrived and they're already breaking Vegas   - August 14, 2018