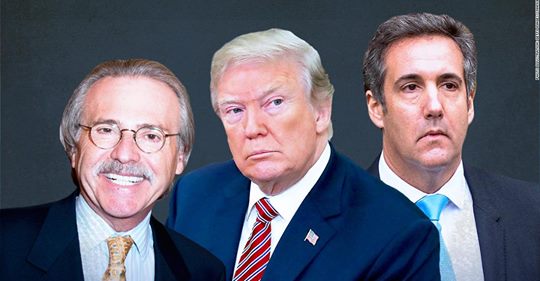 So there I was this morning wondering about the collapse of sacred sites across the world in lieu of earthquakes and flooding and everything I knew is going to happen ... as the TV played nearby.

The panel on a news show was laughing about ... something one of the guests called Peckergate (Ellie giggling). The conversation was about one of the most notorious tabloids - the National Enquirer and its Publisher and CEO David Pecker colluding with Trump before the 2016 election.

Is there anyone Trump didn't collude with? Of course Pecker gets Trump in trouble time after time - but this might be his downfall - let's call it Trumpgate for today ... ouch! Over the years Trump trusted Pecker but one can't keep things going forever - alas they collapse.

Posted by Ellie Crystal at 9:13 AM