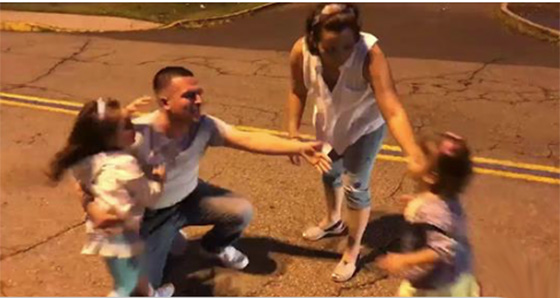 Remember the story about Pablo Villavicencio, the Ecuadorean immigrant who was held for deportation after he delivered pizza to Fort Hamilton down the block.

That night Bay Ridge saw media and protestors in the park just outside. So unfair .. until there's a happy ending.

Villavicencio walked out of the immigration detention center in Hudson County shortly before 9 p.m. Tuesday and was greeted with hugs from his jubilant wife and two young daughters. He thanked supporters and the media before being whisked away in an SUV.