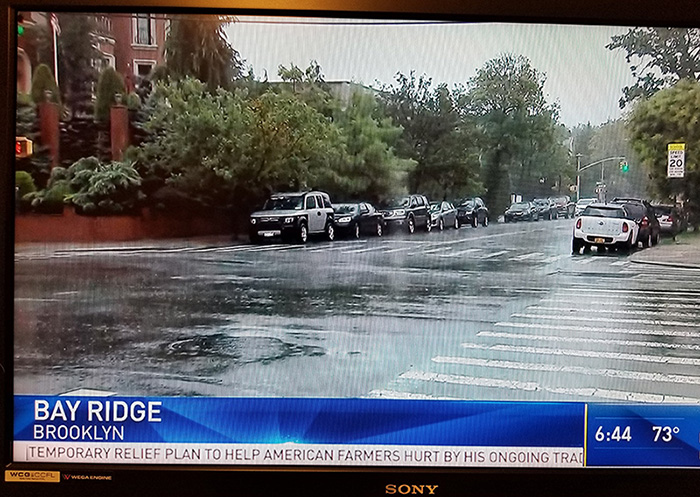 NBC news was in my area this morning with two stories. First is the rain as 1.5 inches is expected today. I took this pic off my TV ... the story live a few blocks away. Torrential, Rapid Rainfall Poses Flood Threat for Tri-State; Downpours May Cause Commute Chaos   NBC - July 25, 2018

Yesterday I blogged about flooding on the East Coast of the United States, as well as other areas of the world. (See yesterday's post - "Earthlings Playing the the Sands of Time")


The second story is about cameras that take pics of cars going over 25 mph near school zones that will now be shut off. I see the safety factors but most traffic just flows along so this almost seems like a scam.

Last fall I got caught going 27 mph with a $50 fine as I followed traffic along 4th Avenue. The ticket tells you how fast you were going. No I didn't protest but I keep my WAZE app on as it tells me where the hidden cams are. The article mentions dangerous drivers - which does not apply to me.