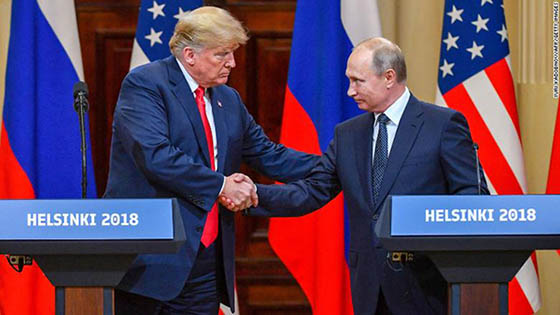 It was hard to believe what I was hearing but not at all surprising. Did Trump really trash his country?

Just three days after the indictments of 12 Russian intelligence officers for hacking the Democrats during the 2016 presidential campaign, Trump stood with Putin, both literally and figuratively, praising the president of Russia, undermining US intelligence agencies, casting doubt that Russia would interfere in our elections, and attacking the Mueller probe.

It was a tragic day for American diplomacy coming on the heels of Trump's controversy behavior at the NATO Conference last week. Where do we go from here?

I've never seen anything like this. Where do we go from here?


One of the key and final questions came from Jonathan Le Mire of the AP
who I recognized from watching The 11th hour with Brian Williams most days.


No one says it better