Now maybe we'll get some answers 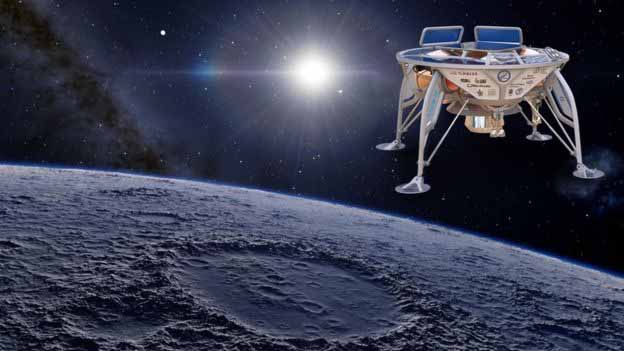 Israeli unmanned spacecraft to land on Moon in 2019

An Israeli non-profit organisation has announced plans to send the first privately-funded unmanned spacecraft to the Moon. SpaceIL said the probe would be launched from Cape Canaveral, Florida, in December on a Falcon 9 rocket built by Elon Musk's SpaceX company.

It is expected to land on the Moon in February 2019.

The spacecraft will plant an Israeli flag on the Moon's surface and carry out research into its magnetic field.

SpaceIL's project began as part of the Google Lunar XPrize, which offered $30m (£23m) in prizes to inspire people to develop low-cost methods of robotic space exploration. However, the competition expired this March, with the $20m grand prize for landing on the Moon unclaimed.

Despite the setback, SpaceIL continued developing its spacecraft, which is being built in co-operation with Israel Aerospace Industries (IAI), a state-owned firm.

So far it has spent about $88.5m, much of which it has received from the South African-born Israeli billionaire businessmen Morris Kahn.